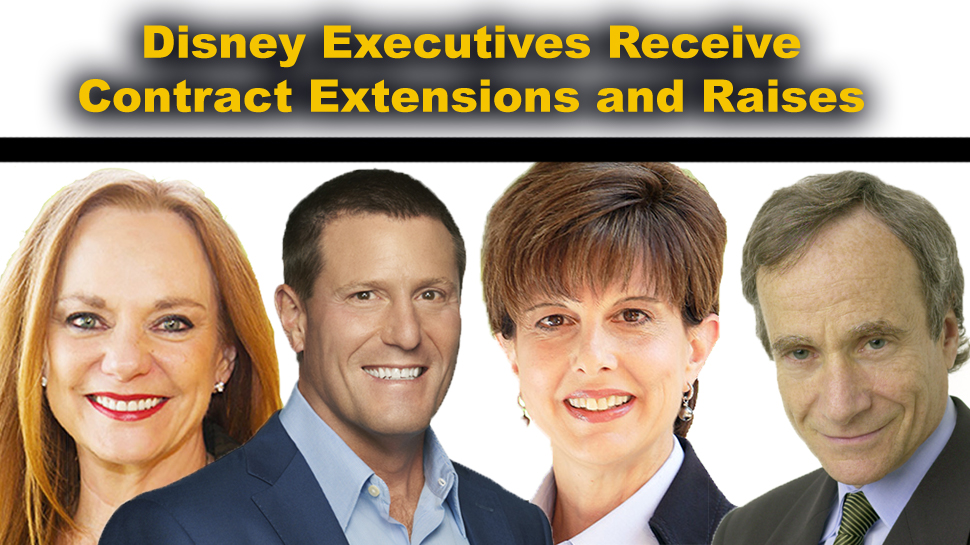 Yesterday, Disney extended the job contracts of the chief financial officer, general counsel, and chief strategy officer. Disney also gave a raise to the chief human resources officer. The contract extensions and renegotiations became public through a filing with the Securities and Exchange Commission.

Chief Financial Officer Christine McCarthy and Chief Strategy Officer Kevin Mayer will have their contracts extended through 2021, which lengthens their contract by two years as they were set to expire in 2019. Additionally, McCarthy and Mayer will have their salaries raised from $1.3 million to $1.5 million, and both “will also receive a long-term incentive award no less than three times their annual base salaries.”

General Counsel Alan Braverman has had his contract extend until July 2019. His previous employment agreement was supposed to end in March of 2018. Braverman’s salary will remain the same at almost $1.6 million, but in his extension he was “granted a long-term incentive award no less than 225% of his annual base salary.”