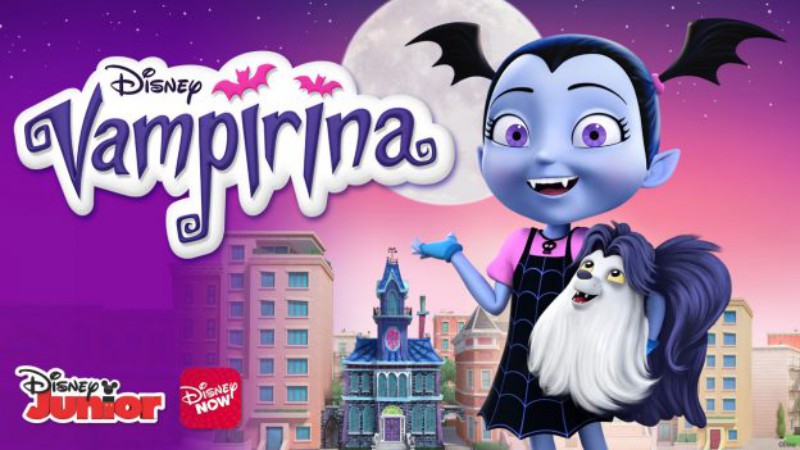 Vampirina, the popular new character on Disney Channel and Disney Junior, is making her way to the Disney Parks this fall, just in time for the Halloween season.

Vee, as she’s know to her friends, is the new kid in town. The show follows her as she tries to make new friends “in the human world,” featuring songs, heartfelt stories, and “spooky fun” as Vee learns to celebrate her uniqueness. At the Disneyland Resort, Vampirina will make her first appearance at Disney California Adventure, where she’ll meet her fans beginning September 7th. She will also make visits to Disneyland Park in the Frightfully Fun Parade during Mickey’s Halloween Party, which begins September 19th.

Premiere dates for the updated shows will begin have not been announced.