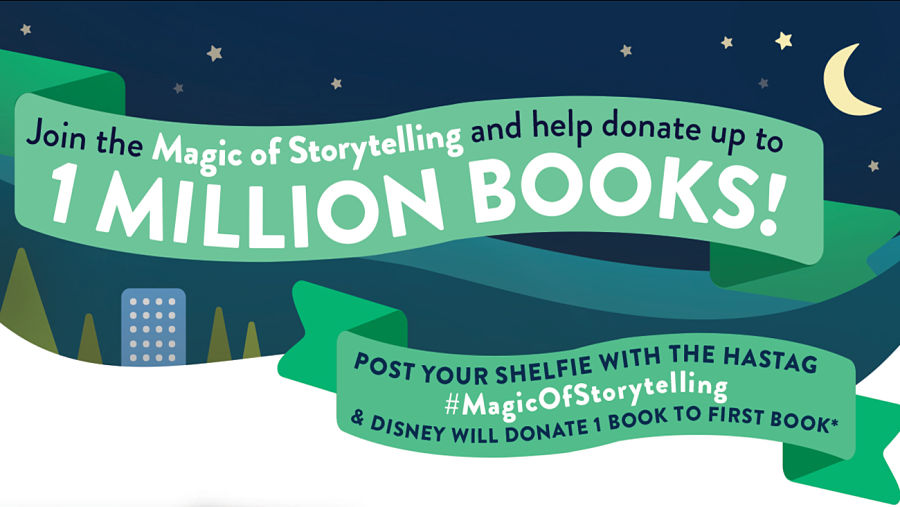 Disney|ABC Television and Disney Publishing Worldwide just announced that for the seventh consecutive year they are launching the Magic of Storytelling, which is a campaign to donate 1 million books between now and March 31, 2019. The donations from Disney are going directly to the nonprofit First Book, which supplies “free and affordable books to educators who serve kids in need.”

There are three ways to help. The first is by posting a “shelfie” (a selfie from the bookshelf) on Twitter or Instagram with the hashtag #MagicOfStorytelling. Every hashtag equals a book donation from Disney.

Another way to help is by purchasing a Disney, Lucasfilm, or Marvel branded-book from Amazon or Barnes and Noble. During the campaign, Disney will be matching every purchase one-for-one.

Lastly, you could enter for a chance to win a vacation to Disneyland and VIP tickets to the premiere of the upcoming film Dumbo. For every sweepstake entry received Disney will donate another book.

Disney will donate up to a million books “across all of Disney’s 2019 Magic of Storytelling book donation promotions.”