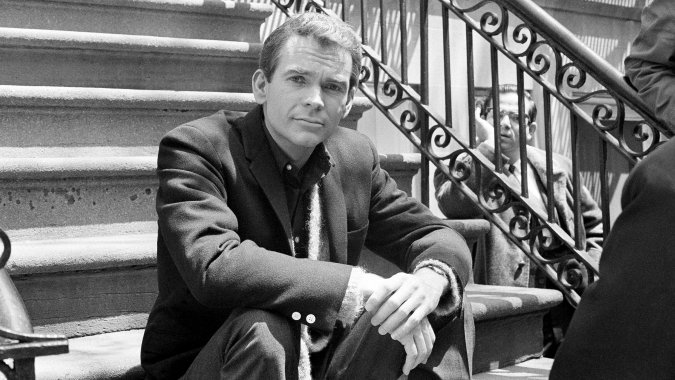 Dean Jones, Disney Legend and star of 10 Disney films, has passed away in Los Angeles at age 84 due to complications from Parkinson’s Disease. Jones began his Disney film career playing an FBI agent in 1965’s That Darn Cat! He later had a cameo in the 1997 remake of the film. Other well-known Disney films he had a part in include: The Love Bug, The Million Dollar Duck and The Shaggy D.A. Before he signed on with Disney, he starred with Paul Newman in Somebody Up There Likes Me and Jailhouse Rock with Elvis Presley. His career also included roles on Broadway and television. Jones is survived by his wife of 42 years, Lory Basham Jones; children Caroline, Deanna and Michael; eight grandchildren and three great-grandchildren. News source: The Hollywood Reporter Photo credit: AP
ShareTweetSubscribe