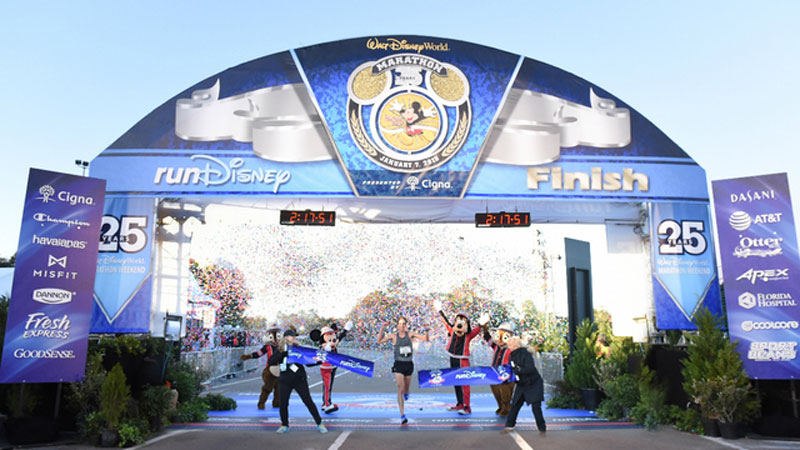 The annual Walt Disney World Marathon Weekend has come to a close, and the first person to cross the finish line is also the first American to do so since 2004. Nick Hilton, a 28-year-old from Tuscon, Arizona, is the official winner of the 2018 Walt Disney World Full Marathon.

This wasn’t the first time Hilton did something intensely memorable at a Disney Park either; he proposed to his girlfriend at Walt Disney World just last year. He said,

“It’s just incredible to come here, on a race like today, at a place that means so much to me and my family, and come out with a win, is just an incredible feeling. Hard to express in words, really.”

The winner in the women’s division was Giovanna Martins of Sao Paulo; this weekend she earned her third victory in just four years.

Hilton is now the fourth American ever to finish the race victorious. Last year’s winner was Brazil native and Kissimmee resident Fredison Costa; it was Costa’s fourth victory in a row and his sixth overall.

Central Florida experienced some unusually low temperatures over the weekend, so many marathon participants were layered accordingly. As their temperatures rose, winter clothes were removed, which Disney collected and donated to charity.