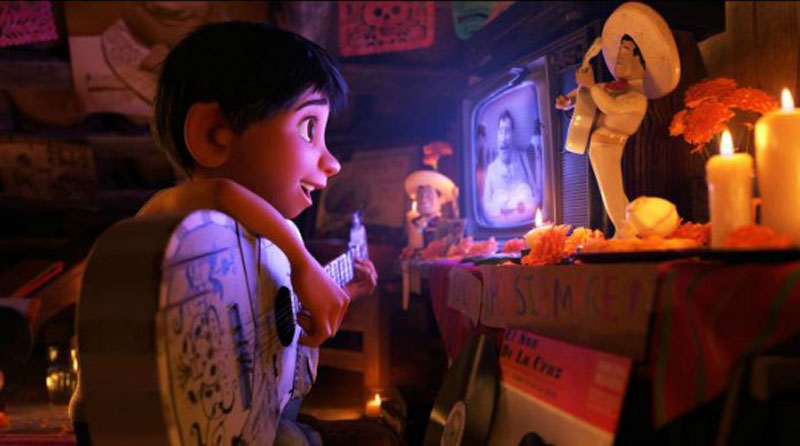 Coco was in the running alongside DreamWorks Animation’s The Boss Baby and Fox/Blue Sky’s Ferdinand, as well as independent features The Breadwinner and Loving Vincent.

Coco was directed by Lee Unkrich, who won an Oscar in 2010 for Toy Story 3, co-directed by Adrian Molina, and produced by Darla Anderson. Backstage, Anderson was asked about the topic of misconduct allegations against John Lasseter, the head of Pixar and Walt Disney Animation who recently took a leave of absence. She said, “We wanted to focus on being in solidarity with tonight’s movement. We have been looking at a lot of things at making our environment as safe as possible.”

Unkrich backed Anderson’s sentiment, saying, “Darla is the general of our army. We tried to create an environment that welcomed as many diverse voices as possible. It was a very diverse crew and we are proud of that. Moving ahead we are learning from the lessons of what we did on Coco. At Pixar, we have been taking steps and we will continue to move towards making it an even better place for people to create art.”

When it comes to Coco‘s inspiration, as Unkrich accepted the award he thanked the culture it celebrates, “Coco would not exist without the incredible people of Mexico.”

“The message is the same across the world — remembering where you come from… We have shown that you can make a film that isn’t filled with the usual cliches and stereotypes and that you can still tell a very specific story about a culture and have it resonate around the world.”

To date, Coco has earned over $554 million worldwide.