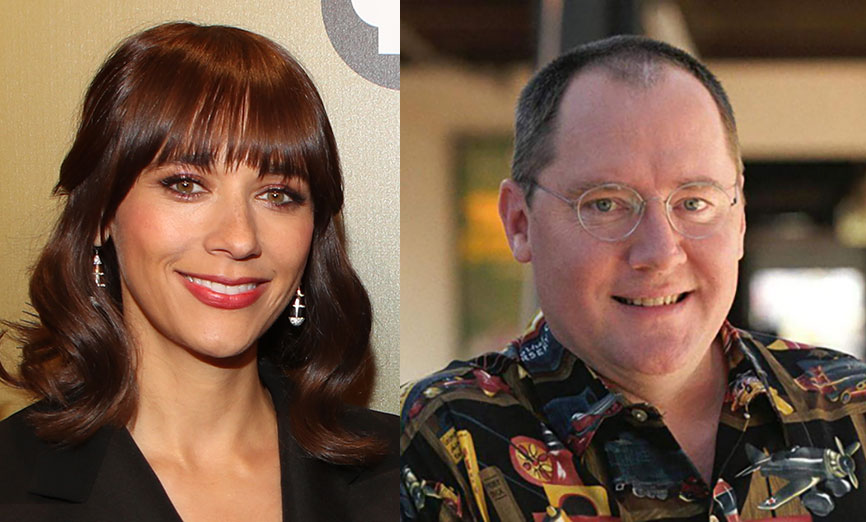 Writer/performer Rashida Jones and her writing partner Will McCormack recently parted ways with Pixar and left the upcoming Toy Story 4 project. According to coverage by The Hollywood Reporter, the break was precipitated by unwanted advances toward Jones by Pixar and Walt Disney Animation Studios head John Lasseter, whom they alleged had a known history of workplace misconduct. Jones has just released a statement disputing The Hollywood Reporter’s claims.

“The breakneck speed at which journalists have been naming the next perpetrator renders some reporting irresponsible. We did not leave Pixar because of unwanted advances. That is untrue. We parted ways because of creative and, more importantly, philosophical differences. There is so much talent at Pixar, and we remain enormous fans of their films. However, it is also a culture where women and people of color do not have an equal creative voice.”

Jones and McCormack also referenced the fact that only one in twenty of Pixar’s films has been co-directed by a woman, and only one has been directed by a person of color. They implored Pixar “to be leaders in bolstering, hiring, and promoting more diverse and female storytellers and leaders. We hope we can encourage all those who have felt like their voices could not be heard in the past to feel empowered.”

Lasseter announced Tuesday that he would be taking a six-month leave of absence in an internal memo. Lasseter gave apologies “to anyone who has ever been on the receiving end of an unwanted hug or any other gesture they felt crossed the line in any way, shape, or form.” The Hollywood Reporter had cited anonymous sources claiming Lasseter’s inappropriate physical behavior was well known among female staff.

Disney commented on Lasster’s leave, with a spokesperson stating,

“We are committed to maintaining an environment in which all employees are respected and empowered to do their best work. We appreciate John’s candor and sincere apology and fully support his sabbatical.”