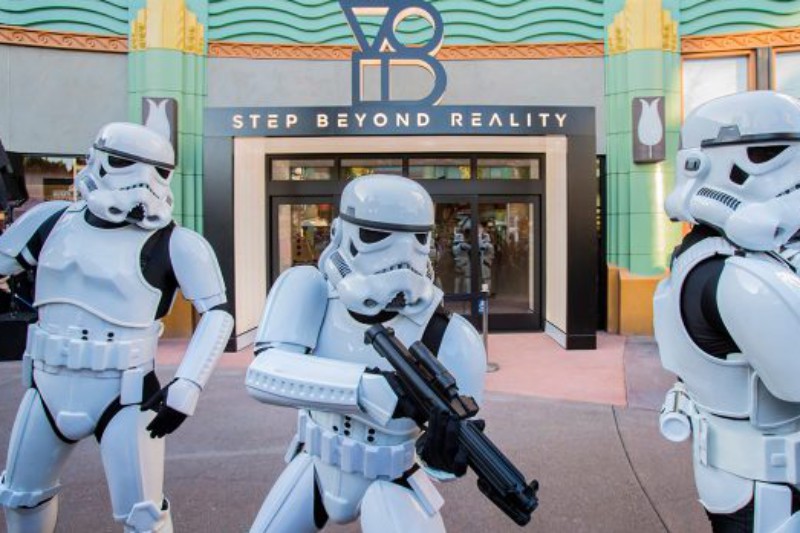 Star Wars: Secrets of the Empire celebrated the opening of its Downtown Disney location this morning, complete with stormtroopers and dignitaries. The new virtual reality experience put together by teams from ILMxLAB and The VOID transports guests into the Star Wars universe in a multi-sensory experience. Guests play in teams of four, where they go undercover as stormtroopers and work together to help the rebellion.

Star Wars: Secrets of the Empire opened in Disney Springs at Walt Disney World last month. Tickets for both location can be purchased in advance from The VOID’s website.