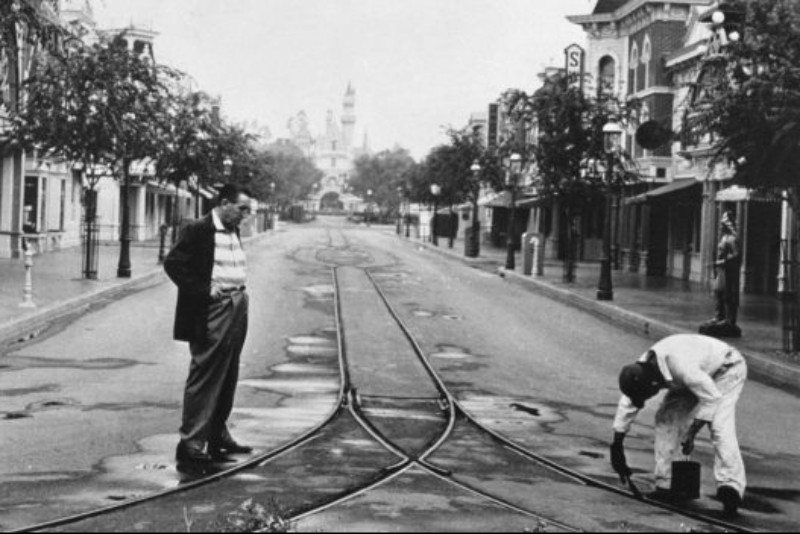 January 8th closures for both Disneyland’s Main Street Vehicles and Dumbo the Flying Elephant attraction have been on the schedule for awhile, but until now we didn’t know the extent of the work being done.

The Disney Parks Blog is reporting that the track for the Horse-Drawn Streetcars will be entirely replaced for the first time in its history. Pieces of the track have been replaced and repaired over the last 62-plus years, but never the entire track.

Because of the work, all of the Main Street Vehicles will be unable to operate. Disney is saying that the vehicles will return in “late winter,” however, we have seen an estimated reopening date of March 14th.

During construction, any pieces of the original 1955 track that still remain will be removed and preserved, but any more recent track pieces will be recycled. New brickwork will also be added to “enhance the look of the iconic thoroughfare.” Over in Fantasyland, Dumbo the Flying Elephant will get a fresh coat of paint, plus a brand new queue and shade structure. When Dumbo returns in “early spring,” the queue will be in a new location.

We will keep you updated as construction progresses and let you know when official reopening dates are announced.