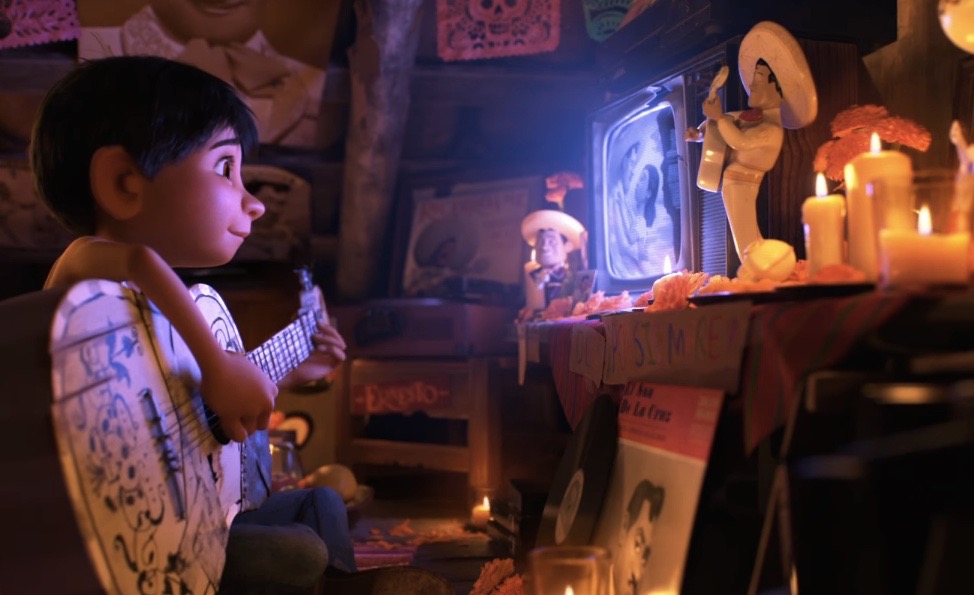 Disney•Pixar released the first teaser trailer for Coco. The film centers around the adventures of 12-year-old Miguel, his love of music, and a remarkable family reunion.

Actors Gael García Bernal, Benjamin Bratt, and Renée Victor lend their voices to the film in main roles. The main character Miguel is voiced by the young newcomer Anthony Gonzalez. The film is directed by Lee Unkrich, who has been co-director for Disney•Pixar projects like Toy Story 2, Monsters Inc., Finding Nemo, as well as solo director for Toy Story 3.

Coco is heavily influenced by Dia De Los Muertos. This holiday is celebrated in Mexico in order to pay respect and remembrance of family members and friends who have passed away. Director Lee Unkrich was quoted by Oh My Disney as saying, “I’d seen (Dia De Los Muertos) portrayed in folk art. It was something about the juxtaposition of skeletons with bright, festive colors that captured my imagination. It has led me down a winding path of discovery. And the more I learn about Dia De Los Muertos, the more it affects me deeply. “