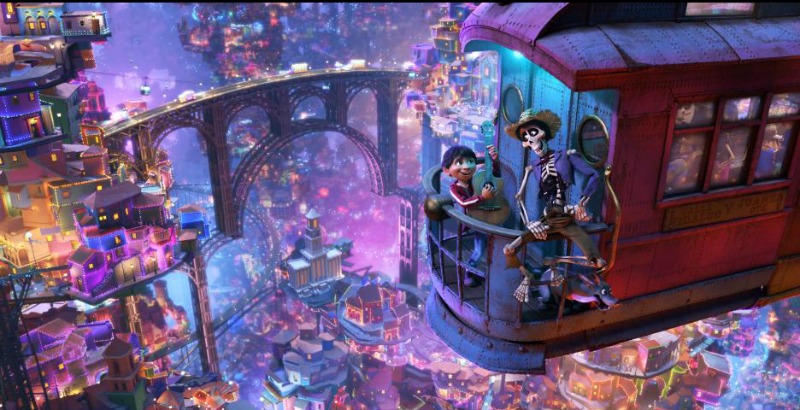 Disney·Pixar’s newest feature performed exceptionally well when released in Mexico prior to Dia de los Muertos, the holiday the film is centered around; this past weekend in the United States, Coco managed to dominate the Thanksgiving holiday as well.

Coco brought in $71.2 million in box office earnings from 3,987 locations between Wednesday and Sunday. Runner up to the Disney·Pixar project, Warner Brothers’ Justice League brought in $60 million during the same period (the film’s second weekend).

Disney has had a strong Thanksgiving weekend presence in the past, and Coco has taken fourth place on the list of most successful debuts during the holiday weekend. The top three—all Disney films—are Frozen (2013) with $93 million, Moana (2017) with $82 million, and Toy Story 3 (2010) with $80 million.

Variety cited an audience survey about the film conducted by comScore’s PostTrack which said that audiences “gave Coco strong ratings with 66% calling it ‘excellent,’ and another 23% rating it ‘very good.’ Surveys also showed 77% of viewers saying they would ‘definitely recommend’ the movie to friends and 20% saying they would watch it again in a theater.”