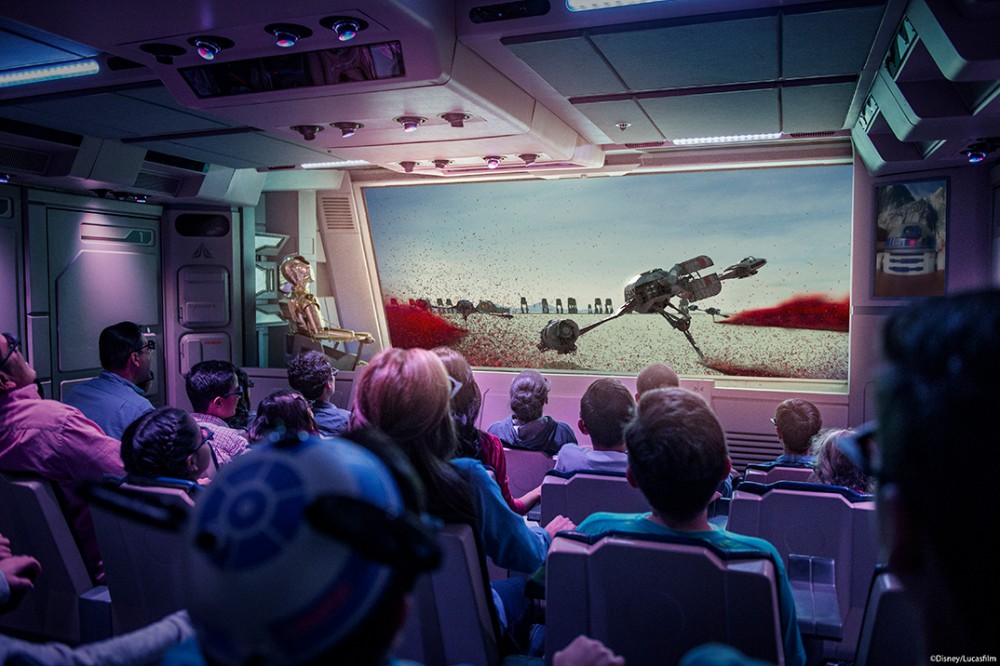 Last month, Disney announced that a new scene inspired by the upcoming Star Wars: The Last Jedi would be added to Star Tours at both Disney’s Hollywood Studios and Disneyland Park. Now, the Disney Parks Blog is giving guests a peek at what they’ll experience when the new scene debuts on November 17th.

During your flight, your Starspeeder will be caught in the middle of an epic battle as it flies over the new destination of Crait, which is featured in the newest Star Wars film. The Disney Parks Blog also hinted that Crait might not be the only new destination this week, adding, “No. There is another.”