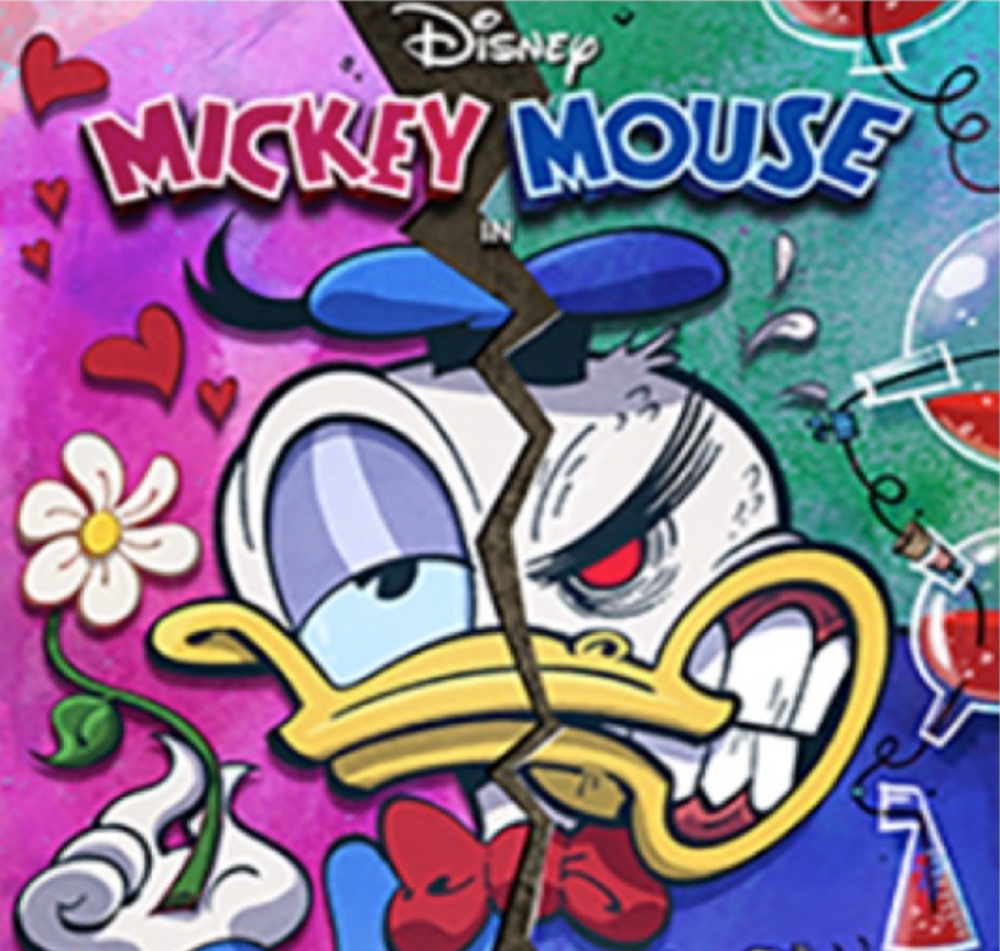 A new poster has just been released for the upcoming Mickey and Minnie’s Runaway Railway attraction set to open at Disney’s Hollywood Studios on March 4th.

Prior to boarding the ride, guests will see posters from existing award-winning shorts that may have premiered at the Chinese Theatre that were all created specifically for the attraction by Walt Disney Imagineering and Disney Television Animation.

The newest art was inspired by the ‘Split Decision’ short and shows two very different versions of Donald Duck. In the video of the cartoon short below, Mickey Mouse takes Donald Duck to Professor Von Drake’s lab to see if he can cure Donald’s temper, but something strange and unexpected happens.