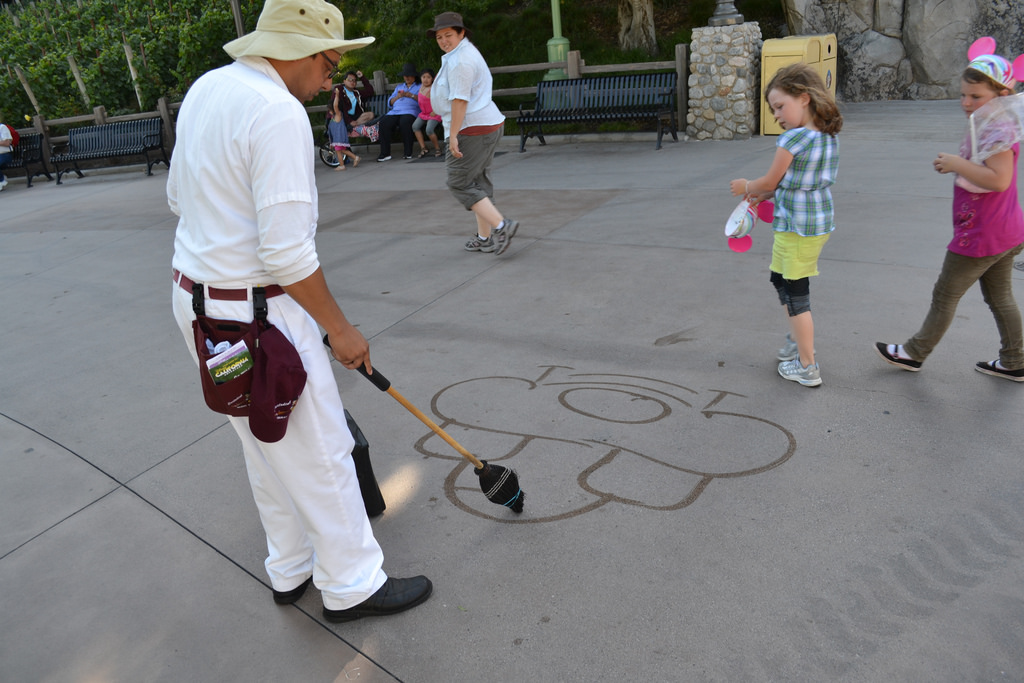 According to Sandra Pedicini of the Orlando Sentinel, starting on November 6th, 2016 Walt Disney World will begin experimenting with a new cast member tracking system that will direct custodial workers to certain tasks around the park. This new system will be called “Custodial of Tomorrow,” and the test will start with 40 cast members in the Magic Kingdom’s Tomorrowland. As custodial cast members clock into their shifts they will receive an iPhone that will track their whereabouts throughout the day. The iPhone will then direct the custodial cast members to full trash cans, dirty bathrooms, and other tasks which need to be completed.

For Disney, this is an extremely efficient way to keep their parks clean, but the cast member unions aren’t in favor of this new system. Unite Here Local 362, the resort custodial union states that this new system takes away the cast members seniority because senior custodial cast member will no longer be able to choose their own assignments. The union also says that the new system will create potential disciplinary action that will be taken if an iPhone is lost, or broken.

Pete Werner of The DIS and Dreams Unlimited Travel was quoted in the Orlando Sentinel’s article saying, “It has boggled my mind the number of times I have seen trash cans so full that you can’t open them or trash being left on trash cans because people couldn’t throw them out.”

So, potentially this new tracking system could help solve that problem. The question is now, does this system go too far in order to keep the parks clean?

Photos: Photos Are Labeled For Reuse