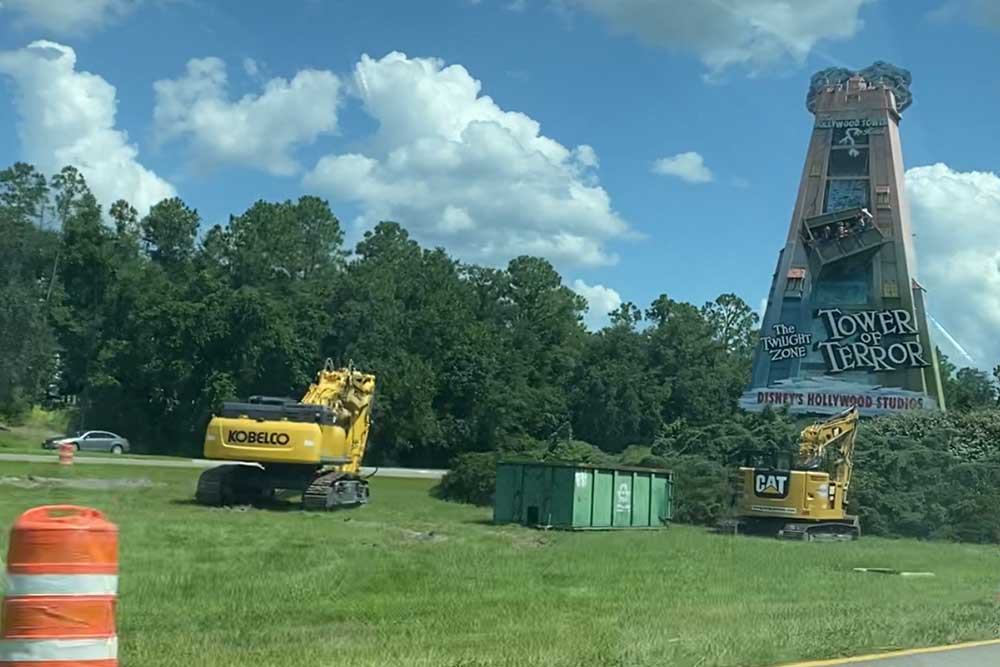 If you have ever driven on World Drive at Walt Disney World, you’ve likely seen the Hollywood Tower of Terror promotional “billboard” structure in the grassy median just before the exit ramp to Buena Vista Drive.

Yesterday, there were construction vehicles near it with construction barrels down the road on either side, and today, the structure has been completely dismantled and removed.

While the elevator feature hasn’t been working for a relatively long time now, it was always fun to look out and see the structure while driving by. I don’t know about you, but I am pretty bummed that they’ve removed this.

I’m not sure what the reasoning is behind removing it, but I sure hope that something equally as cool will be going up in its place.