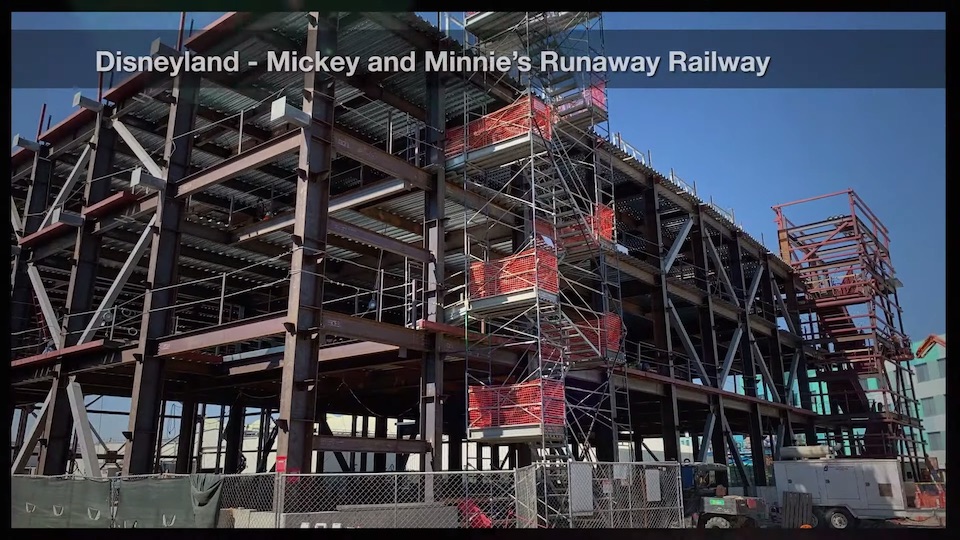 Even though Disneyland hasn't reopened yet, work hasn't stopped on Mickey & Minnie's Runaway Railway. The attraction will be placed in Mickey's Toontown and will pair perfectly with Roger Rabbit's Car Toon Spin and the rest of the land that sits just behind Fantasyland.

During the IAAPA Expo: Virtual Education Conference, Josh D'Amaro, Chairman of Disney Parks, Experiences and Products, gave an update on Disney Parks and upcoming projects and that includes Mickey & Minnie's Runaway Railway at Disneyland, which is a priority project for the park. As you can see from the photo above, there is a ton of work left to be done on the attraction, which will open sometime in 2023.

Mickey & Minnie's Runaway Railway debuted at Disney's Hollywood Studios on March 4, 2020, just weeks before Walt Disney World closed due to COVID-19 and has continued to be extremely popular every single day after reopening on July 15, 2020. Take a look at what you can expect from the attraction when it heads to Disneyland!