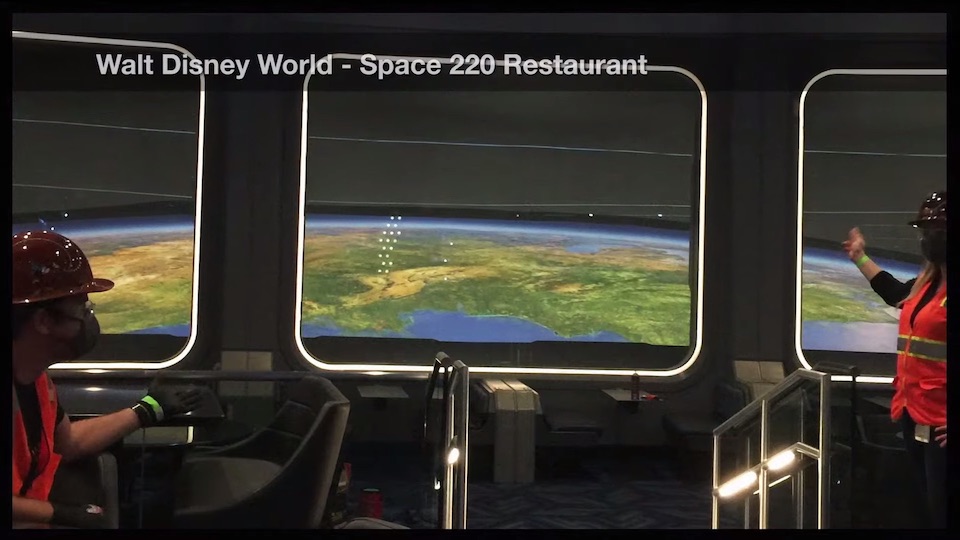 During the IAAPA Expo: Virtual Education Conference, Josh D’Amaro, Chairman of Disney Parks, Experiences and Products, gave an update on Disney Parks and upcoming projects. One of the images shared was a look inside Space 220 that you can see above.

As you can see in the concept art, the actual restaurant looks pretty much spot on to what’s been shared before. Plenty of large screens give you the perception of actually being in space and the tables and decor inside is sleek and futuristic.

Space 220 still doesn’t have an official opening date, but hopefully we’ll be making the 220-mile trip up to the new EPCOT restaurant sooner than later!