Official Photos & Video of Guardians of the Galaxy: Cosmic Rewind 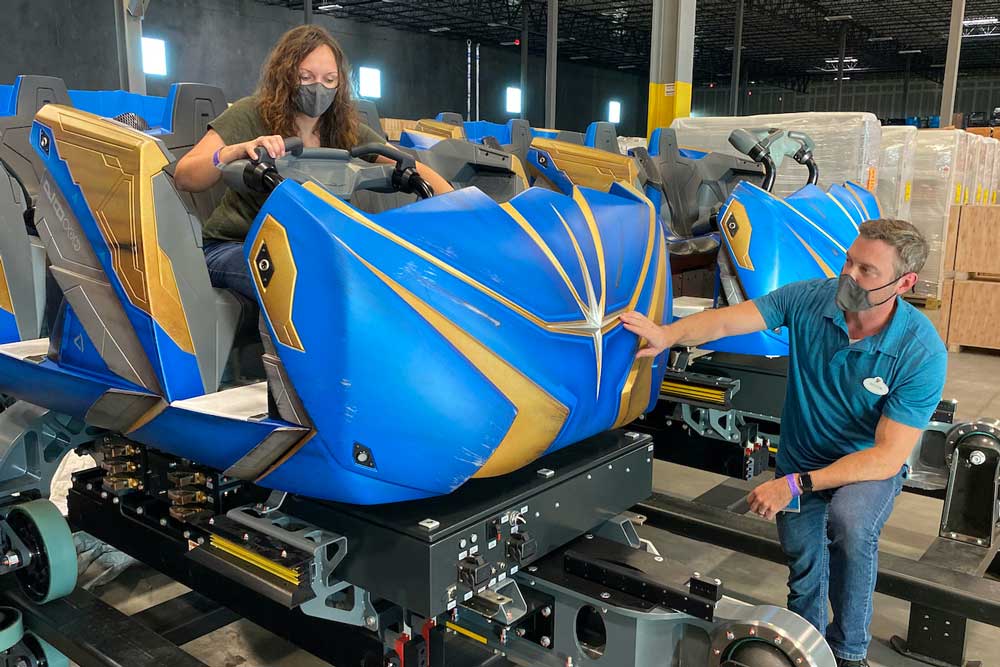 Earlier today, Disney shared that work is continuing on Guardians of the Galaxy: Cosmic Rewind – the family-friendly “storytelling coaster” that will feature a groundbreaking system with attraction vehicles that can rotate 360 degrees. They can even do a reverse launch.

Take a peek at the just-released video below that shows the exciting new ride system being tested.

This Omnicoaster is the first- of-its-kind with a programmable ride system where guests riding in the vehicles can actually be rotated in any direction while it’s traveling at high speeds during the ride.

The Omnicoaster name builds upon the tradition of the Omnimover ride system in which Walt Disney Imagineers are able to turn guests in any direction and focus their attention on a specific scene or element.