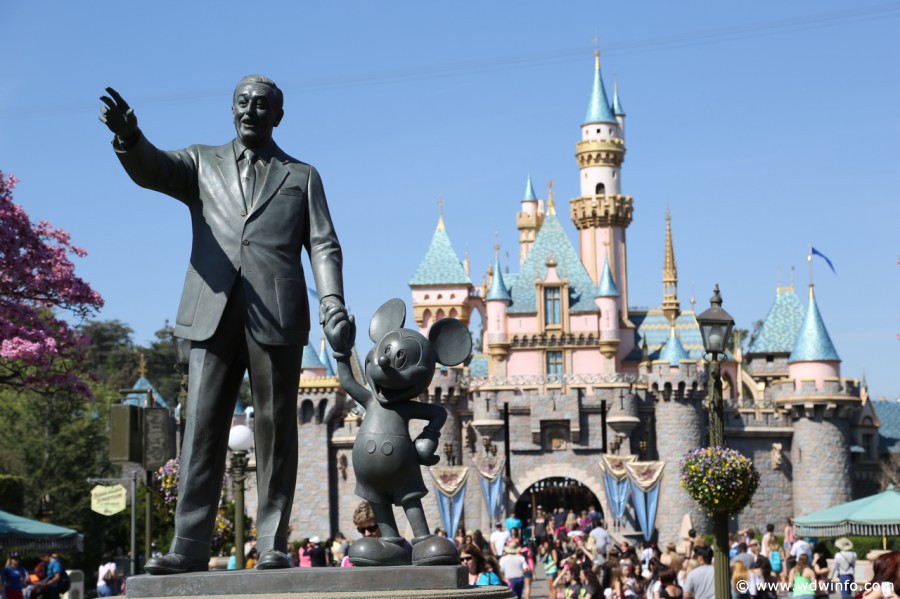 On Sunday night, an additional 2,700 Disneyland Resort hotel cast members from Unite Here! Local 11 ratified a five-year term with a minimum wage increase of 40 percent over the next two years of the agreement, with the $15 minimum wage taking effect January 2019. Housekeepers move to $15.80 immediately.

Unite Here! Local 11 cast members will join 9,700 other cast members from Master Services Council who separately ratified an agreement in July that establishes a $15 minimum wage for those cast members by January 2019 as well.

Separately, the resort is undertaking two other major initiatives that will provide employees comprehensive and affordable healthcare options and free employee skills training and education.

Starting next month, Disneyland Resort will roll out employee healthcare coverage that offers affordable options for many cast members, their families, and eligible dependents. One plan could have an employee contribution for as little as $6 per week for single participants.

In August, the company introduced Disney Aspire, an extensive education investment program which is providing cast members the resources to learn, grow and achieve within or outside of the company. The program allows hourly Disneyland Resort cast members to pursue a bevy of educational pursuits, from vocational or language studies to bachelor and master’s degree programs. Announced at the beginning of this year by The Walt Disney Company CEO Robert Iger, Disney Aspire represents an initial investment of $150 million over the next five years. Cast interest in Disney Aspire has exceeded company expectations.

“The strides we have made to implement $15 an hour minimum wages will have an immediate and lasting impact on the quality of life of our cast members and their families,” said Josh D’Amaro, president of the Disneyland Resort. “Additionally, we are very proud to offer our cast peace of mind through affordable healthcare options and free educational opportunities with our groundbreaking new program called Disney Aspire.”

Cast members often join Disney because of their love for our brand, and stay with us because of the opportunities and overall employment experience they are exposed to throughout their careers. In fact, over the past five years, 89 percent of the open entry-level leadership roles have been filled by frontline, hourly cast members providing career options and a strong and bright future.

President and CEO of the Orange County Business Council Lucy Dunn said, “Over the last several months, Disney has found common ground on significant labor contracts, increased wages for union and non-union workers and introduced a comprehensive no-cost education program for hourly cast members that’s unlike any we’ve ever seen. This is not only good for Disney and its cast members, it sets the bar for our entire Orange County community and we applaud their efforts.”

“Disney Aspire is one of the most accessible and comprehensive, free educational programs offered in the country. This significant investment by Disney in the future of their employees is the gold standard for the service industry.”

Over the last decade, Disneyland Resort employment numbers have increased by 50 percent, adding 10,000 new jobs, for a total of 30,000 cast members, as it continues to be largest employer in Orange County. With the opening of Star Wars: Galaxy’s Edge in 2019, and other expansion projects, thousands of additional roles will be added. In addition to operations jobs, Disney’s significant investment in Anaheim has created nearly 2,000 construction jobs since 2016.