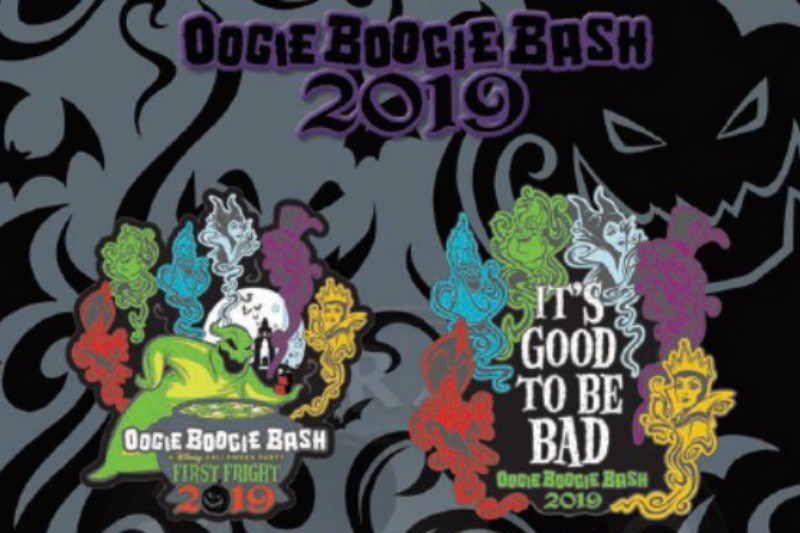 The Disneyland Resort has released a peek at the pin releases for September, along with the exclusive pins available during Oogie Boogie Bash – A Disney Halloween Party. 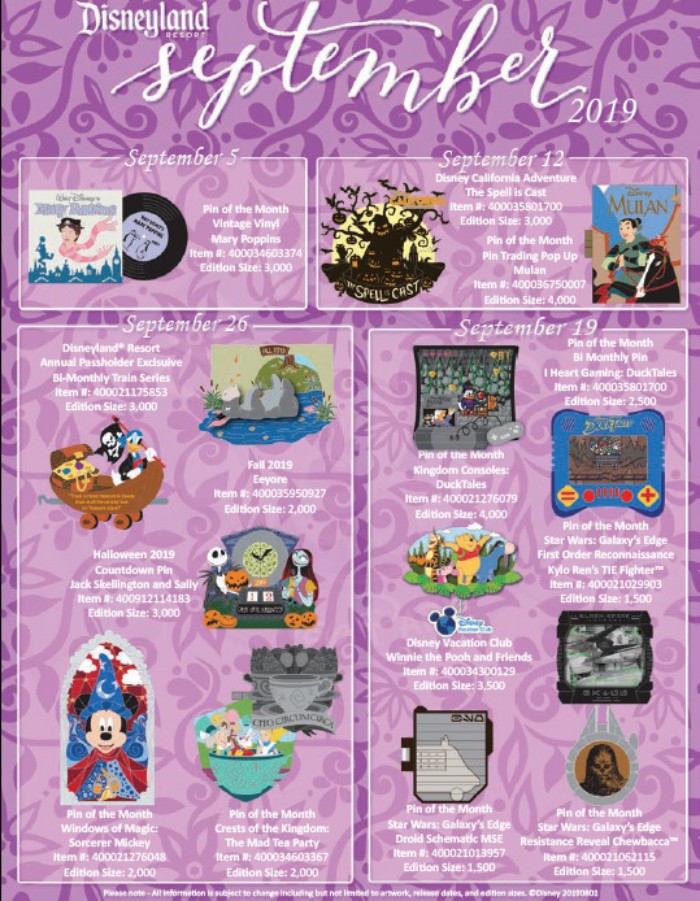 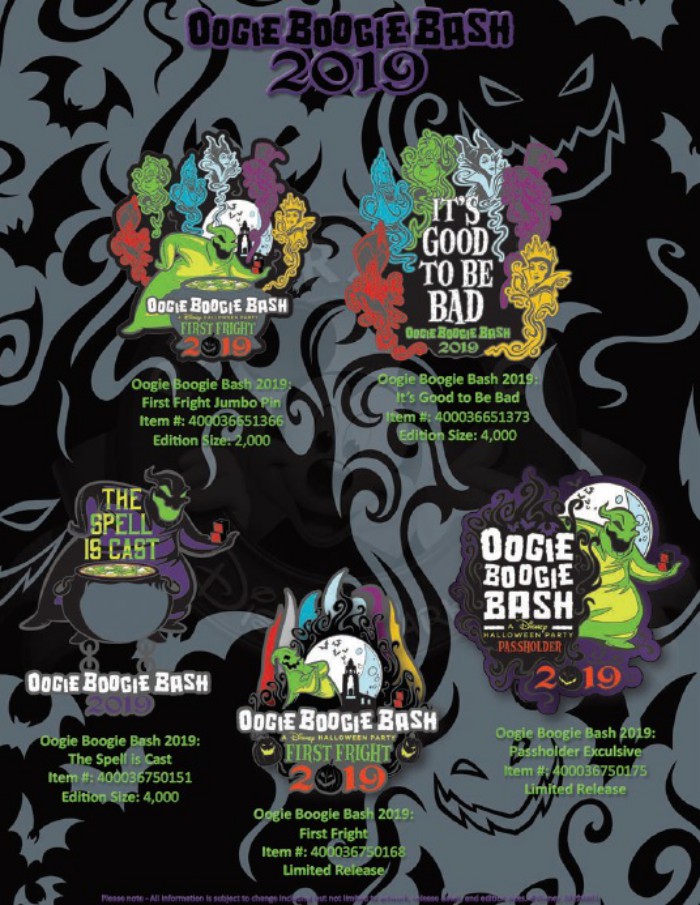 Oogie Boogie Bash will only be available during the after-hours party at Disney California Adventure. The other September releases will be available at various locations around the resort.