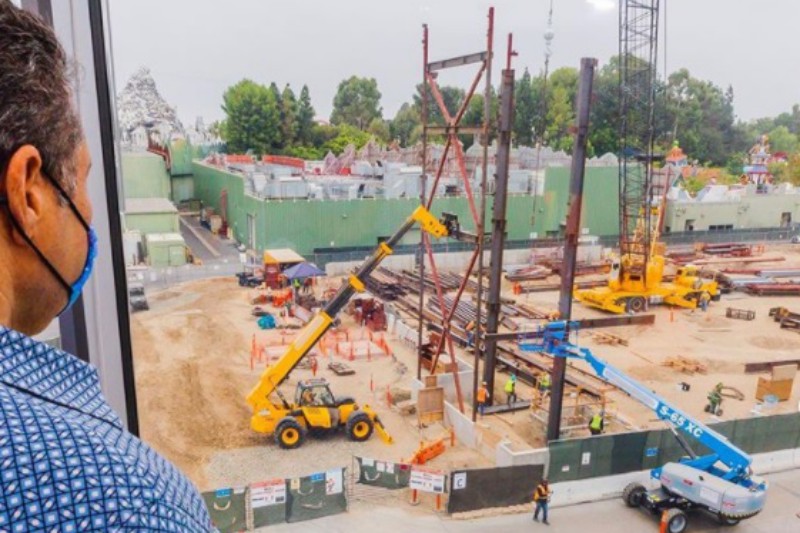 Ken Potrock, President of the Disneyland Resort, share a picture and video on Instagram of the first steel going up on Mickey & Minnie’s Runaway Railway at Disneyland Park. Potrock also announced that the project, which was originally scheduled for 2022, has been delayed until 2023.

I am thrilled to share my “Happiest View on Earth” with you today, a special peek outside a window at our Team Disney Anaheim building. This particular view offers a behind-the-magic look at a momentous milestone that happened today at Disneyland Park – the first steel beam has been placed for what will be the future Mickey & Minnie’s Runaway Railway attraction, scheduled to open for guests in 2023!

Click the right arrow to see the cool video!

Walt Disney Imagineeering also posted their own set of pictures:

A post shared by Walt Disney Imagineering (@waltdisneyimagineering) on Sep 1, 2020 at 4:16pm PDT