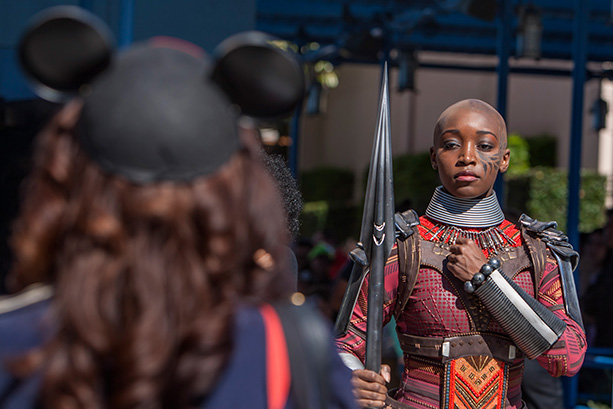 There is something about the death of a famed star that touches us all a little bit deeper than other stories in the news. They are often people that we have watched grow over time on our screens; seeing them mature, evolve, and learn about who they really are through interviews and their community ventures. If you are a big enough fan, they can almost feel like a distant acquaintance.

For me, that is how I felt when Robin Williams passed away years ago. He was someone that was a part of my childhood and young adult life, starring in many of the things I loved and associate with memories from way-back-when. For others, including my son, one of those people was the late Chadwick Boseman, who sadly passed away in late August.

Boseman was the face of inspiration for a new generation of young people who finally saw a part of themselves on the screen, embodying the superhero spirit while representing a cultural difference that is something to be proud of. T’challa, the fictional character Boseman portrayed in Marvel’s Black Panther, symbolized strength, conquering adversity, and a power that comes from heritage, village, and heart combined. Little did we know that Boseman embodied that same spirit in his private battle with cancer.

A few days after his passing, Whoopi Goldberg called on Disney to immortalize the power of Wakanda as part of their theme parks. It struck me as such a brilliant idea, creating a place where fans could connect with that powerful storyline in a fictional representation that allows us to enjoy a new and exciting world, seeded in elements of historical truth and struggle.

Not unlike the outer space realms of Star Wars: Galaxy’s Edge or the nations of World Showcase in EPCOT, Disney has the ability to take us into new worlds and experience small glimpses into a more diverse reality than the one we know. Combining entertainment and education to teach us about our differences, fictional or otherwise, always with the opportunity to discover their beauty.

It dawned on me that a Wakandian experience would settle nicely into the open arms of Disney’s Animal Kingdom. Much like the extravagant land of Pandora: World of Avatar, a similarly sized area dedicated to this storyline could encapsulate the explorative tone of this park. The East African nation of Wakanda could come to life within Disney’s Animal Kingdom, giving this imagined location a physical home for fans to visit.

While I am sure that such an endeavor would be padded out with exciting attractions and style, there would be an opportunity there for enlightenment. As with many areas of Animal Kingdom, there is an exploration to be felt and knowledge to be acquired. With a concept that introduces the idea of repression and triumph, a theme that rings true for so many in a variety of ways, such a place could become a point of difference for Disney.

So now I want to throw this over to all of you. Should Disney consider running with a Black Panther-inspired “Wakanda” addition to one of their parks? Where should it go and how would you best represent the franchise within your new land?

Now, before someone asks, this isn’t all because an actor tragically passed before his time. That event is simply the catalyst for a bigger discussion on how to keep the spirit of what Boseman brought to life, alive. After all, Pandora: World of Avatar was created eight years after the movie debuted and had much less of an initial impact compared to the silver screen adaption of the Black Panther feature film.

With Marvel fans reluctant to accept a different actor in place of Boseman for the planned sequel, how can we take the cultural impact Black Panther has had and build that up to be something that both adds to our park experience and continues to inspire for generations to come? How could Disney Imagineers work their magic to make Wakanda Forever?

Let me know your thoughts. Does Whoopi have the right idea? Is this unique concept just what Disney needs to diversify and intrigue audiences in a format that isn’t just another Frozen ride? And yes, I know there might be a conversation to be had about the legality between Universal and Disney, but for now, hit me with your hypothetical solutions.