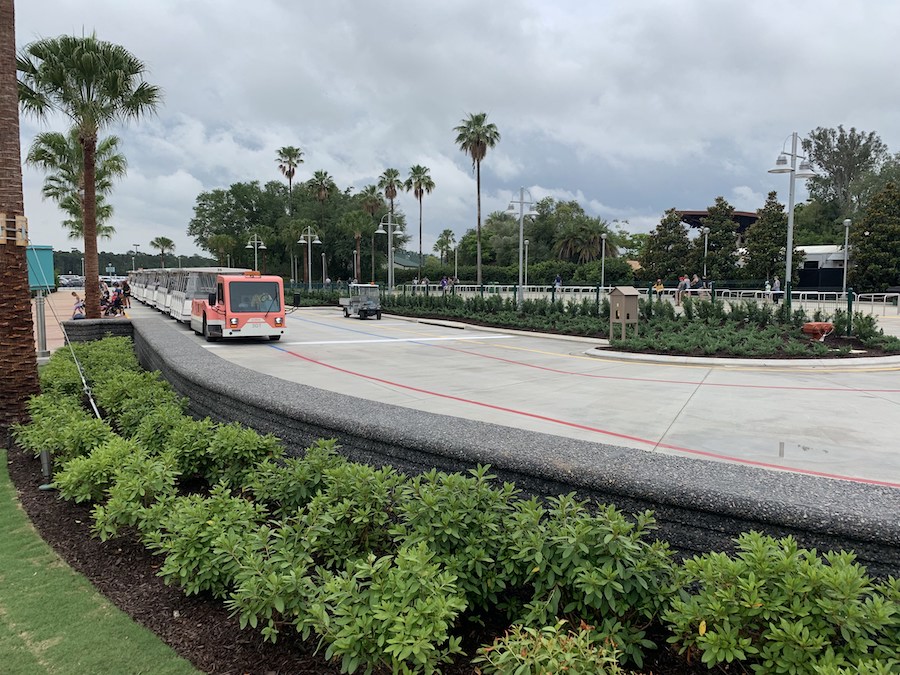 Disney’s Hollywood Studios is currently undergoing several changes. One of the many projects Disney has been working on was the tram route out in front of the park. Today Disney opened the new tram station, plaza area, and new security station that will hopefully make it easier for guests to enter the park. 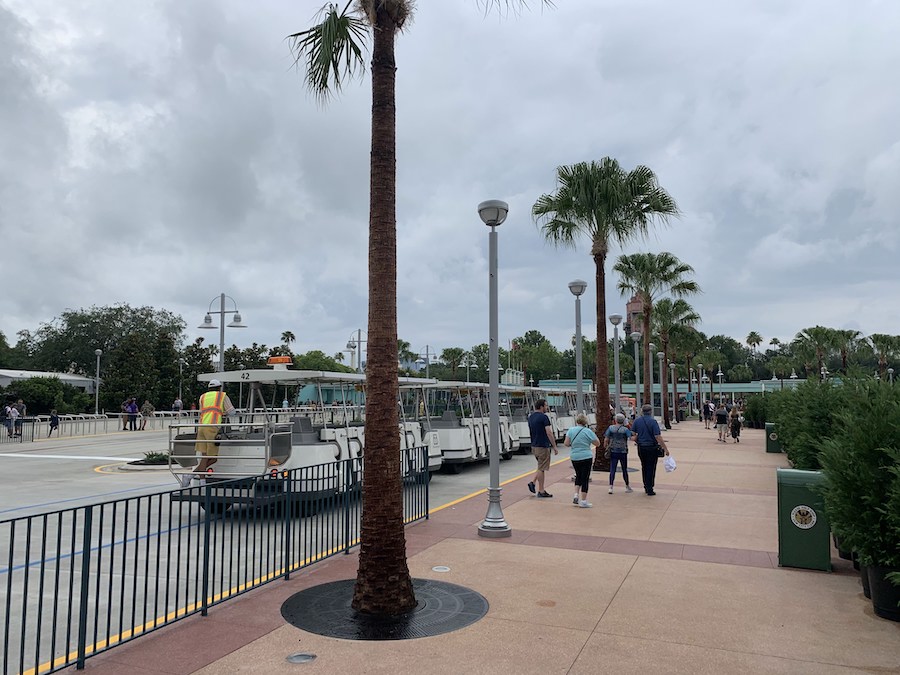 This is where guests will exit the tram and then proceed to the bag checking area. The expanded walkways make this area seem much larger. 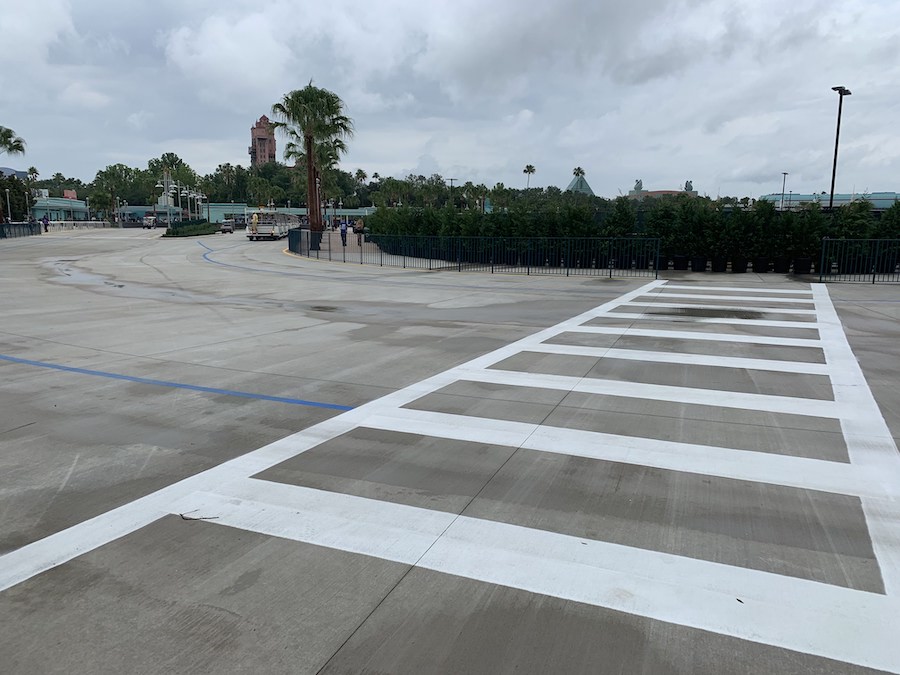 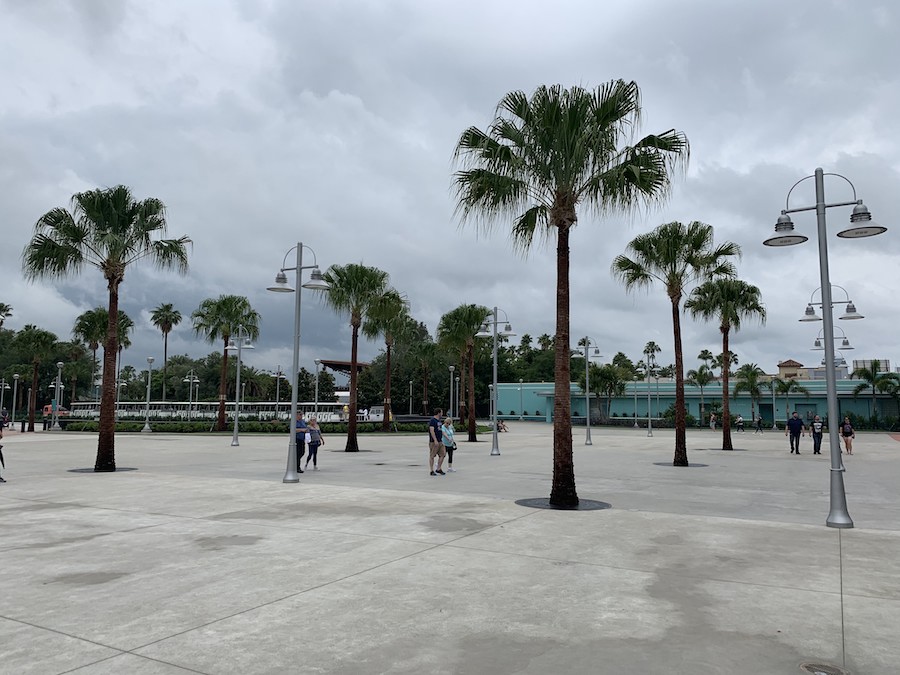 This massive plaza was empty when I arrived, but having this much space in front of the bag checking station will be nice for the peak seasons. 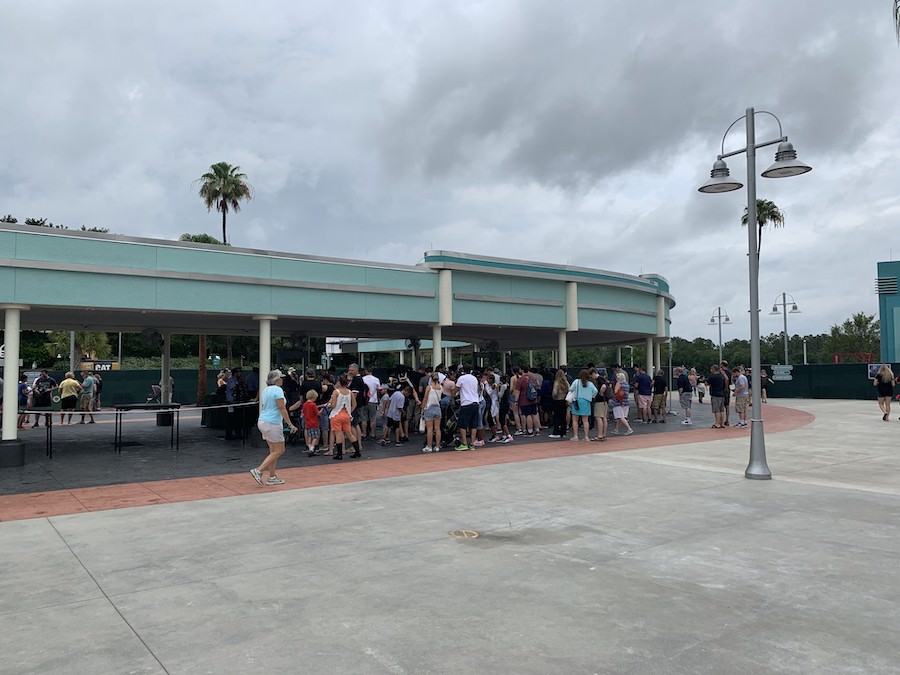 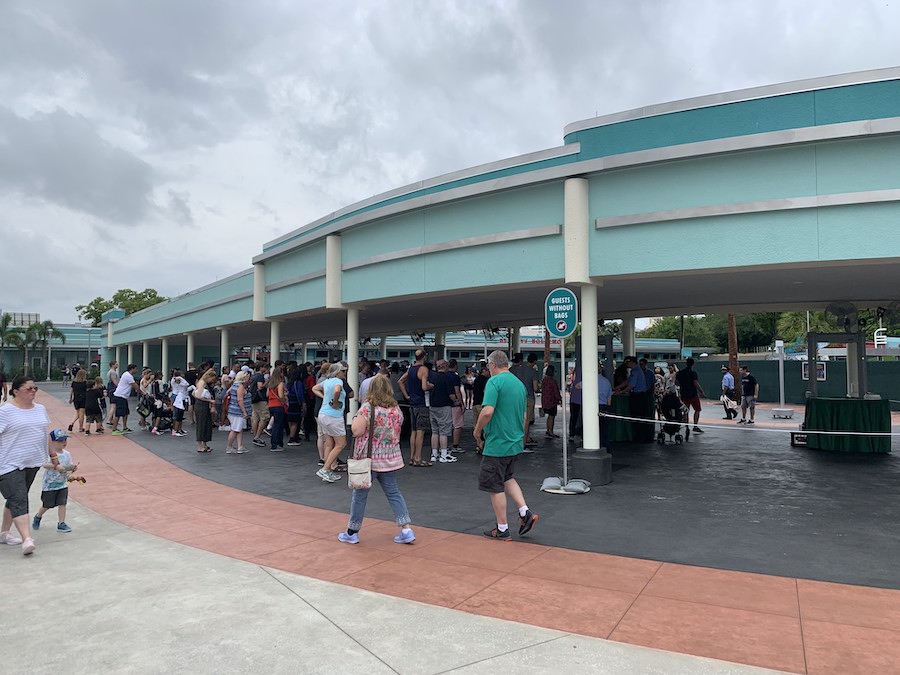 Only a few of the bag check stations were open, but this new security area is massive, and will likely come in handy when Star Wars: Galaxy’s Edge opens later this summer on August 29, 2019.