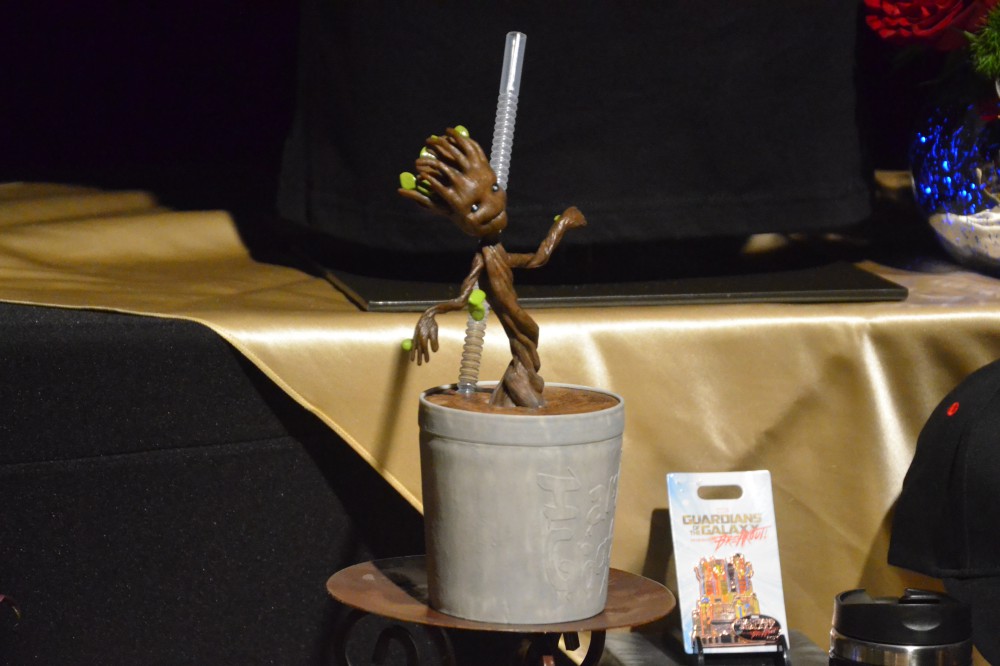 The Summer of Heroes begins this weekend at Disney California Adventure, and as with any good celebration, food will be a central element.

There will be a bunch of different items for you to try as you wander around Hollywood Land waiting for your FastPass for Guardians of the Galaxy-Mission: BREAKOUT! or watching Black-Widow drive around in her armored vehicle.

In addition to the Groot sipper [above], here are some other items to look for: Knowhere Eats (opening June 6th., these options may be found at Studio Catering Co and Cosmic Canteen until then)