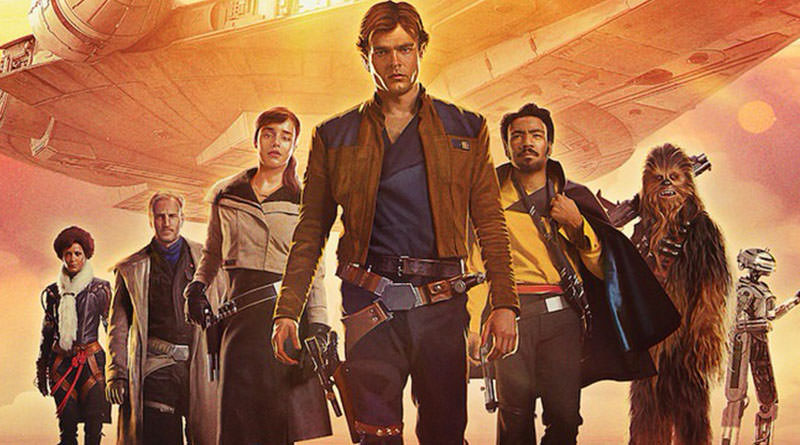 If you’ve been dying to watch Han Solo make the Kessel Run at home then we have great news for you. Solo: A Star Wars Story will be coming home on Blu-ray and 4K UHD on September 25 and digitally on September 14!

Solo explores the further adventures of Han Solo (Alden Ehrenreich), including his very first encounters with Chewbacca (Joonas Suotamo) and Lando Calrissian (Donald Glover), and also his past as a street thief with Qi’ra (Emilia Clarke) and his ventures into becoming a full-time criminal with Beckett (Woody Harrelson). The movie was directed by Ron Howard, and while it didn’t quite feel like an authentic Star Wars film, it was a ton of fun and worth checking out. Take a look at our in-depth review from the theatrical release of Solo: A Star Wars Story!

This release will be presented in a couple different formats, including the 4K UHD Ultimate Collector’s Edition with Blu-ray 4K Ultra HD, Blu-ray and Digital Copy, the Multiscreen Edition with Blu-ray and Digital Copy, DVD, On-Demand and digitally. Bonus content varies from your typical deleted scenes and roundtable discussions to a look at how the Millennium Falcon will be brought to life inside Disney Parks! Take a look at the full list of bonus content below:

Solo: A Star Wars Story is one release you won’t want to miss, because the movie is just plain fun and it looks like there will be a ton of interesting bonus material. Pick Solo up digitally in HD and 4K Ultra HD and on Movies Anywhere on September 14 or on Blu-ray 4K Ultra HD, Blu-ray, DVD and On-Demand on September 25!