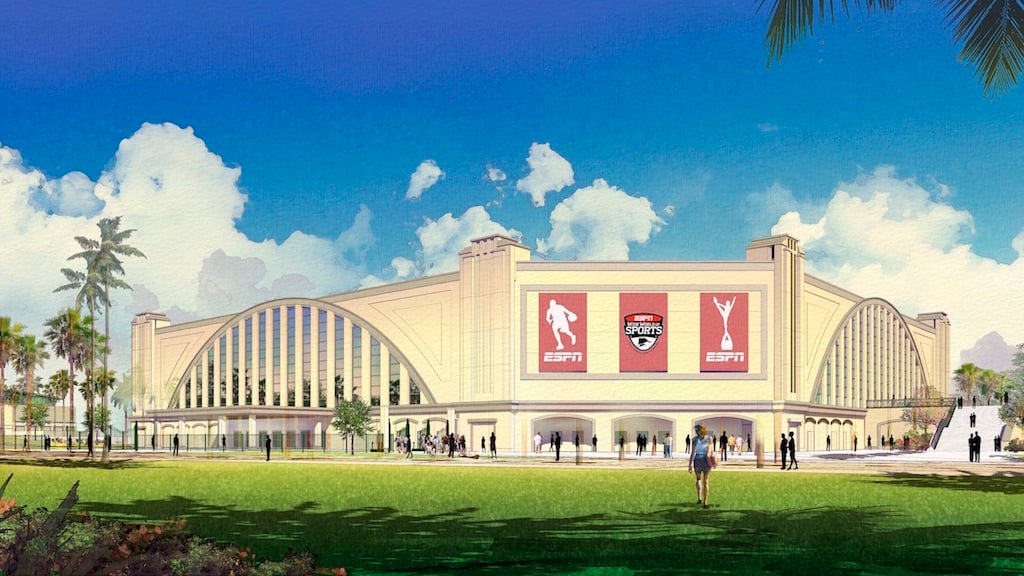 ShareTweetSubscribe
With the advent of professional gaming, the world of sports appears to be getting wider; Disney expects to capitalize on this fact. The ESPN Wide World of Sports is considering hosting eSports events at their sprawling complex. "We are trying to keep up with what sports are breaking and how we can be involved in them," said Faron Kelley, Vice President of Sports at Walt Disney World. "ESports is a big one we are looking at and are very excited about it." It was announced last year that the complex would add an all new indoor stadium; it will seat 8,000 and take up 300,000 square feet. Created as a collaboration with Varsity Spirit, the new venue will be the world's first stadium focused on cheerleading and dance. Although it may have been built with an emphasis on cheerleading, the venue will host numerous other events, and eSports could end up among them. Kelley stated,

"It is exciting because it isn't just cheer, it's basketball, it's volleyball, it’s eSports with gaming. We are absolutely looking at e-sports and it's a wonderful venue for that."

For those who may have missed out on the cultural phenomenon, eSports can actually bring in some serious attendance. Competitive gaming has only become more popular as streaming services and social media have made watching others play video games a frequent source of entertainment. Live competitions are held online, and those held at major venues in person can pack in large numbers and lead to large profits for arenas and competitors alike. The International Dota 2 Championship had a purse of $20,770,460. According to the accountancy firm Deloitte, eSports brought in $500 million in global revenue in 2016. Disney's interest in getting a cut of that revenue isn't casual. Kelley seems to be active in learning more about the tech based sports industry and how to incorporate it with the new stadium. He said,

"When we look at a lot of eSports events in other locations, the arena-style setting is very important. It creates an almost gladiator-like feel that they are looking for. There is going to be a Call Of Duty championship at a stadium in Orlando in a couple of weeks and I’m going to go there and check that out. It’s such a new sport that we are learning. Everyone is learning at the same time about what is the best way to do this. With our unique configuration we could have an eSports event going on at the same time as an eSports conference or expo in one of our other venues. We have got a lot of flexibility."

Although he has given no set date, Kelley said eSports "will come here very soon." Another technology-based newcomer to the sporting world is drone racing, where competitors pit their piloting against each other in an indoor aerial course. Kelley isn't discounting this idea, either. He remarked,

"We are talking to our partners at ESPN that cover a lot of drone racing. Drone racing is very interesting and it’s a sport that we are looking at, not just for our new facility but our other facilities, whether it’s indoors or outdoors throughout the complex."

In fact, it doesn't look like Disney will be discounting any ideas, so long as they are competitive. As Kelley put it, "We are the Wide World of Sports so if it’s a sport that’s where we should be." Source: Forbes
ShareTweetSubscribe