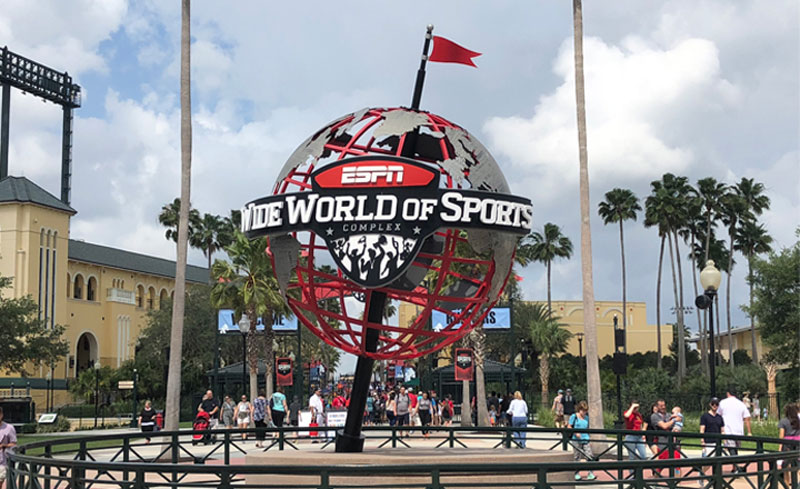 ShareTweetSubscribe
Walt Disney World's sprawling sports complex has followed through with its previous intentions to add eSports into the mix, and it appears that the events they've hosted so far are just the beginning. Back in May, Disney's ESPN Wide World of Sports Complex presented the Gfinity FIFA 2018 Spring Cup, marking the first time in history that the internationally popular video game tournament was held within the United States. The competition included 16 elite players from the US, Mexico, and Canada battling to out to determine who moves on to the FIFA eWorld Cup. Bryan Healy — chief strategy officer for Gfinity — said of Walt Disney World's sporting venue, "The live finals of the Gfinity FIFA 2018 Spring Cup needed a venue designed for a first-class experience, and we couldn’t be more excited to have our event take place at ESPN Wide World of Sports Complex." The complex has also played host to the eSports championship for EA Sports. Those two electronic gaming events were positive experiences for the Wide World of Sports, according to general manager Jose Mola who said, "Those are two key e-sports events we’ve done recently, and we think that is just the beginning. We think we are going to grow tremendously in that space." Disney's eSports interest isn't just confined to the complex, either. The company recently struck a deal with Blizzard Entertainment to broadcast the OverWatch League on ESPN and Disney XD. As far as what's to come in the future of Wide World of Sports eSporting events, it seems the complex is actively looking for new opportunities to take part in the expanding market. Mola said, "We think it could be a very huge market for us. We think it's emerging and growing at an unbelievably fast rate, which is exciting for us." Source: Orlando Business Journal
ShareTweetSubscribe