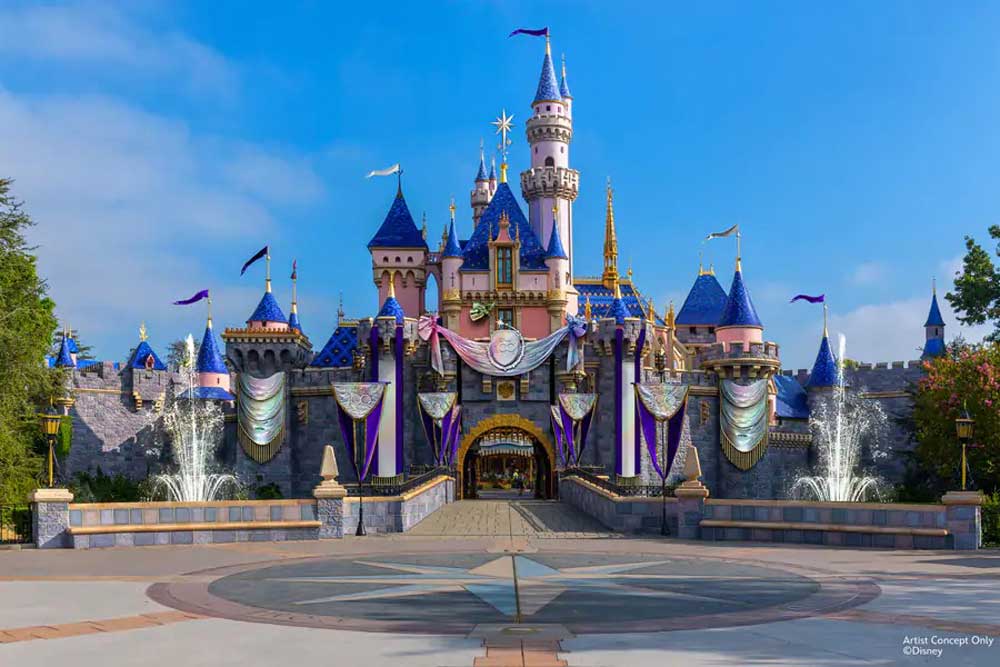 Kicking off on January 27, 2023, the Happiest Place on Earth will not only have new nighttime shows, a newly opened attraction in Mickey’s ToonTown, Mickey and Minnie’s Runaway Railway, but it will also boast new platinum-infused décor throughout the entire resort in celebration of The Walt Disney Company’s 100th Anniversary.

Walt Disney’s original Sleeping Beauty Castle will be dressed in style for the anniversary. Celebrating wonder, the castle will be adorned with elegant platinum banners and bunting, accented by a magnificent cabochon featuring the three Good Fairies who illuminate it with their shimmering pixie dust. Two majestic water fountains will grace either side of the moat, while a beautiful wishing star will sparkle from the tower above.

Of course, Mickey Mouse, Minnie Mouse, and their pals will feature new sparkling outfits fit for the special occasion.


You already know that it’s not a Disney celebration without special food and beverage offerings, merchandise, and more. Disney says that many more details will be coming, so stay tuned!