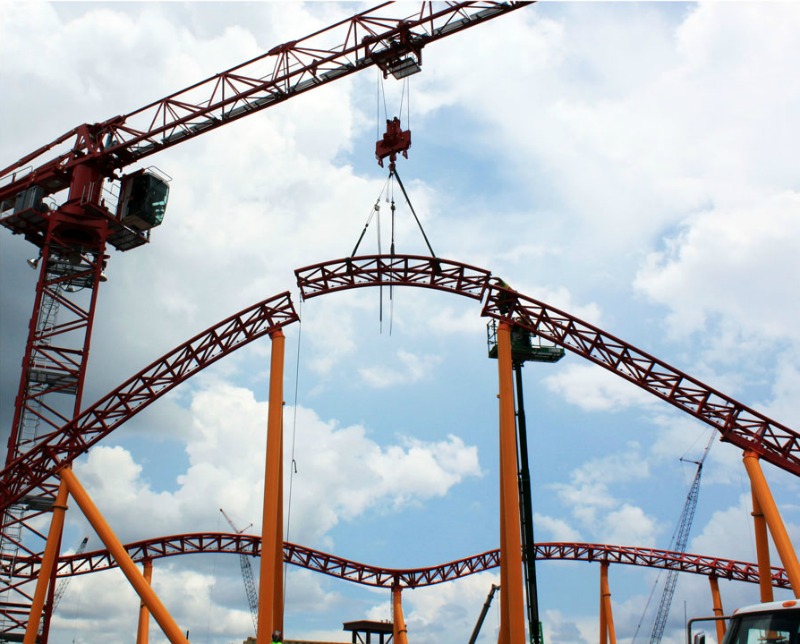 The very last piece of track was just put into place on Slinky Dog Dash, the family roller coaster that will make its debut as one of two upcoming attractions when Toy Story Land opens inside Disney’s Hollywood Studios in the Summer of 2018.

In Toy Story Land, guests will be instantly transformed into the size of a toy in order to explore Andy’s backyard. In keeping with that theme, Slinky Dog Dash will look as if a coaster track has been put together by Andy in his backyard using his Mega Coaster Play Kit and some of his other favorite toys that guests might recognize from the popular Pixar films.

Check out the video below to see what the track looks like and to hear what some Disney Imagineers working on the project have to say about this exciting milestone!