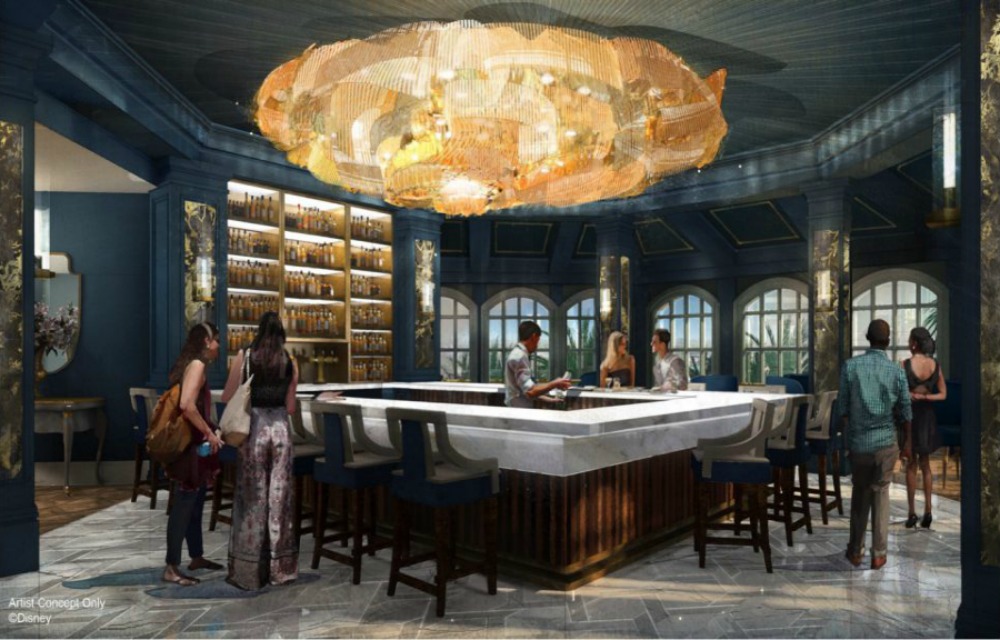 Disney is inviting guests to tie their napkins ’round their necks as they’ve officially announced that an enchanted Beauty and the Beast-inspired lounge will be coming to Disney’s Grand Floridian Resort & Spa.

In the former location of Mizner’s Lounge and Commander Porter’s, “this re-imagined lounge will feature four unique spaces inspired by Belle and the Beast. The signature bar will glow from the light of a magnificent gold chandelier that takes its inspiration from Belle’s flowing ball gown, with subtle nods to the Beast’s magical rose. The formal library showcases classical baroque designs and French furnishings inspired by Belle, with hints of the Beast’s friends. The garden room will be a whimsical space that draws its inspiration from the enchanted forest surrounding Beast’s castle. And an outdoor patio will evoke the romance of Beast’s garden terrace.”

The new quaint and charming location is set to open its doors this fall.