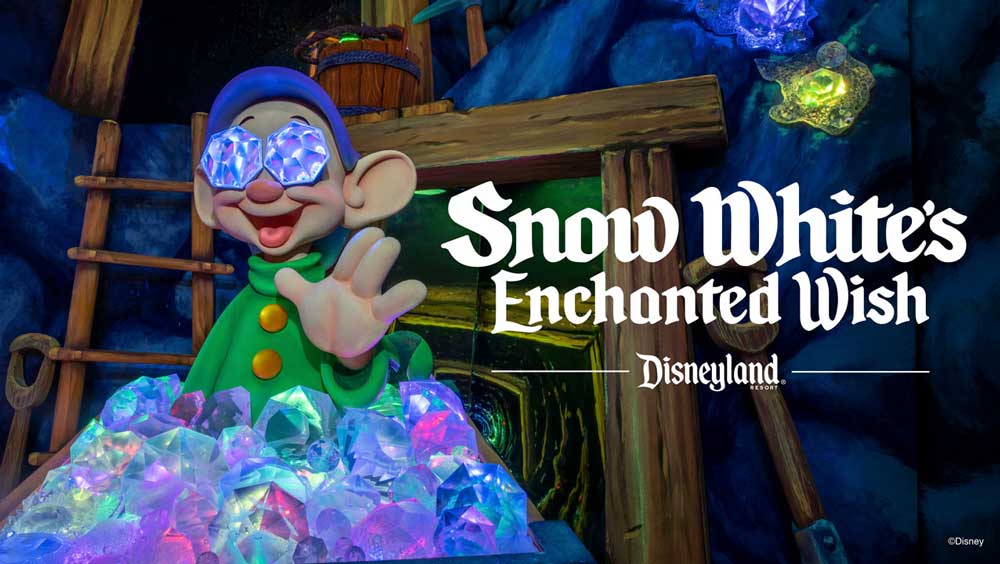 Today is the 83rd anniversary of the premiere of Disney Animation’s Snow White and the Seven Dwarfs at the Carthay Circle Theatre in Los Angeles and it’s the perfect day for Disney to announce that Disneyland’s Snow White’s Scary Adventures attraction has been reimagined and renamed as Snow White’s Enchanted Wish.

Disneyland has been closed since March and during that closure, Walt Disney Imagineering has been working hard on this beloved princess attraction.

Disneyland has also announced that the attraction will be ready to welcome guests when Disney’s California theme parks reopen at a later date.

Guests may recognize familiar elements in the attraction with enhanced story details and all-new scenes. Watch the sneak peek video below.

New updates include the use of state-of-the-art audio and visual technology, including new music, LED black lighting, laser projections and a new animation system.

Guests will see Snow White dancing and twirling with the Seven Dwarfs in their cottage and may also notice the scent of Doc’s handiwork – a baking apple pie ­– wafting through the air. Disney says that “the most dazzling scene is the mine, which sparkles with shimmering lighting effects and glittering jewels all around.”