Fun Foods for February (and March) at the Magic Kingdom 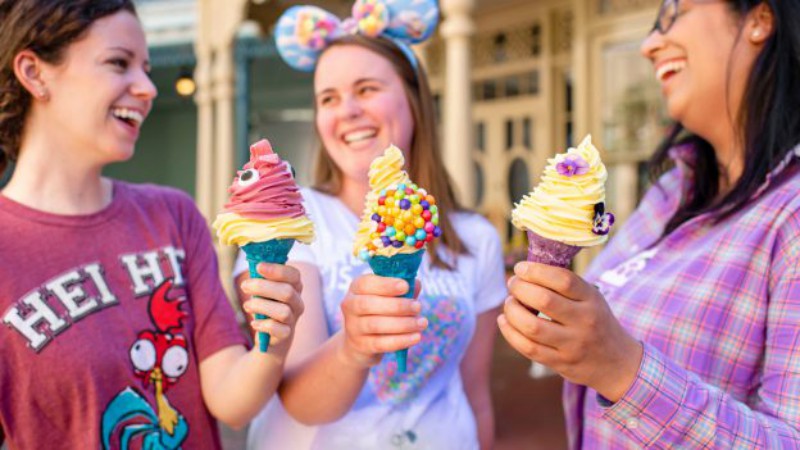 The Magic Kingdom is the place to be for new and unique food items this time of year. Between Mickey and Minnie’s Surprise Celebration, Mardi Gras, and St. Patrick’s Day, there are plenty of fun treats to be had. 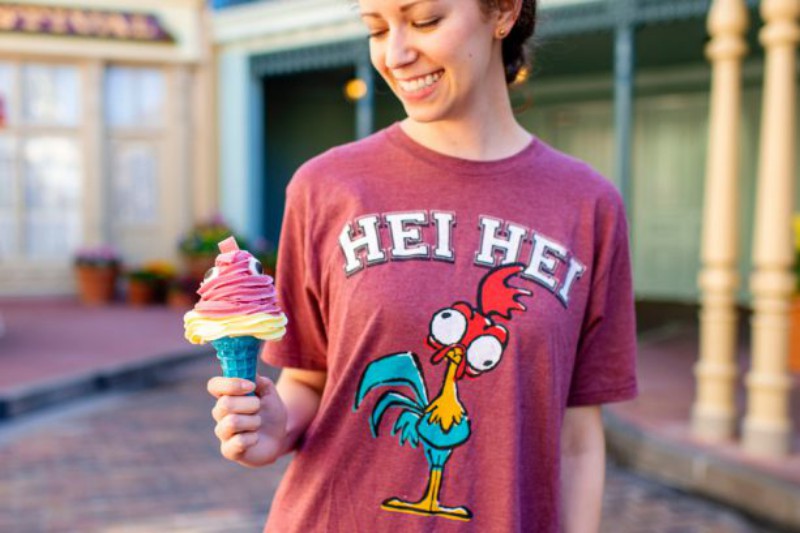 The Lost Princess Cone from Storybook Treats is lemon soft-serve and edible flowers on a purple sugar cone.

Finally, the “Adventure is Out There” Cone from Auntie Gravity’s Galactic Goodies features a blue sugar cone filled with mango-soft serve and a candy balloon piece.

If you’re celebrating Mardi Gras in the Magic Kingdom, head to Liberty Square Market for the Frog Prince Whoopie Pie. The cinnamon whoopie pie is filled with graham cracker icing, then topped with sprinkles and a chocolate frog. 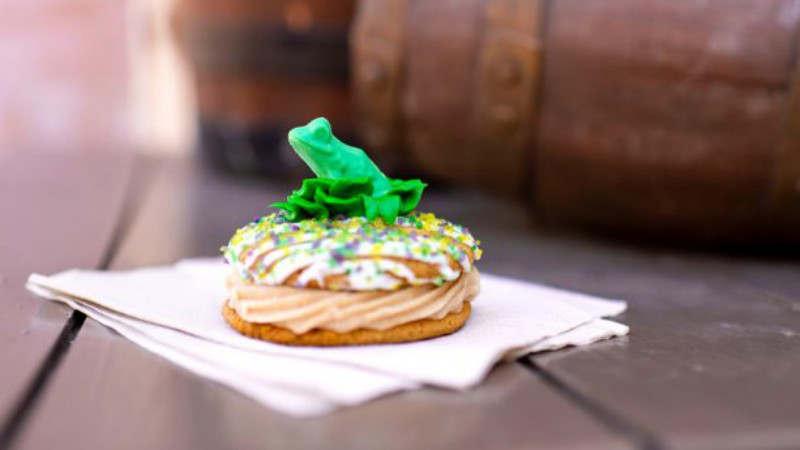 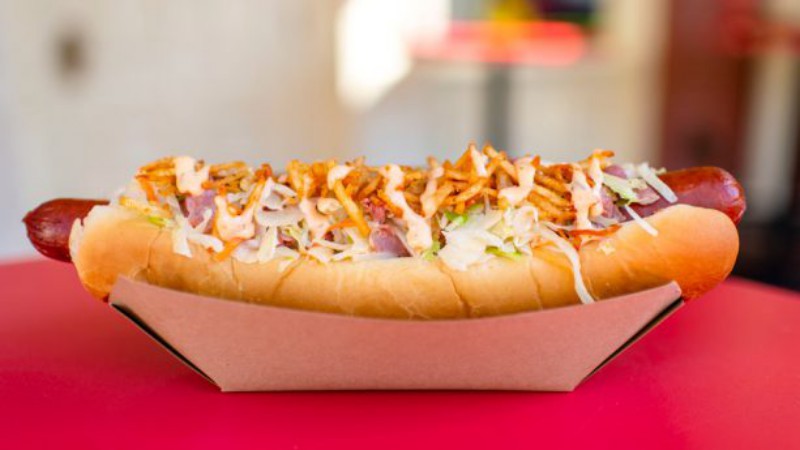 Surprise! More treats are being added for Mickey and Minnie’s Surprise Celebration beginning March 1st, including this Mickey and Minnie Waffle Sundae at Sleepy Hollow. The dessert features two waffles and a scoop of vanilla ice cream topped with chocolate sauce, whipped cream, sprinkles and a cherry. 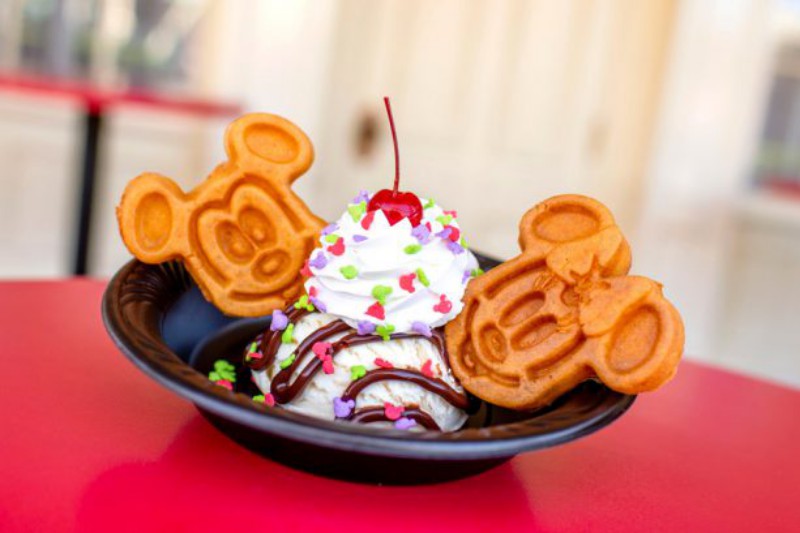 Over at the Plaza Ice Cream Parlor, try the Minnie Sundae topped with strawberries or the Main Street Split with a banana, plus strawberry, pineapple, and hot fudge sauces. Both also premier March 1st.

These Mickey and Minnie Whoopie Pies are available at both Columbia Harbor House and Tony’s Town Square Restaurant. Both are red velvet and filled with cream cheese icing.

Tortuga Tavern is the place to find the Mickey Confetti Pretzel, which is dipped in marshmallow fluff and topped with confetti sprinkles.

Finally, when you’re in the Magic Kingdom, check out the new ice cream cups featuring Mickey and Minnie that are available at locations throughout the park. 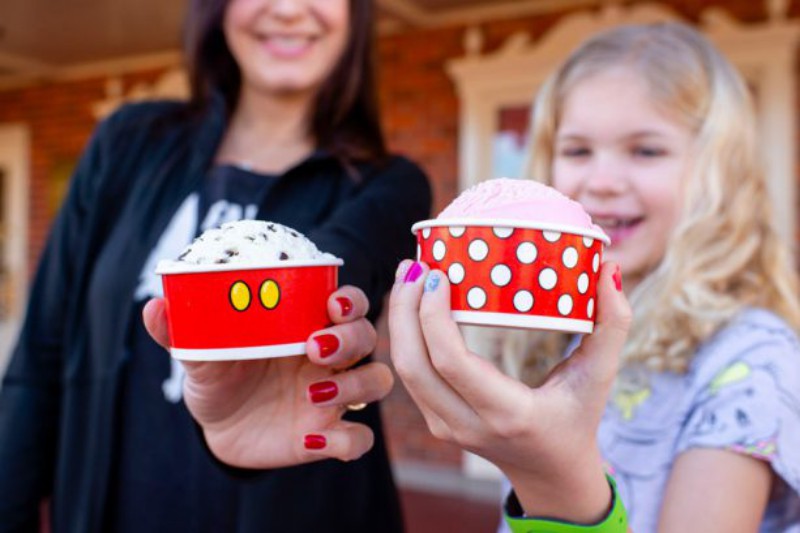