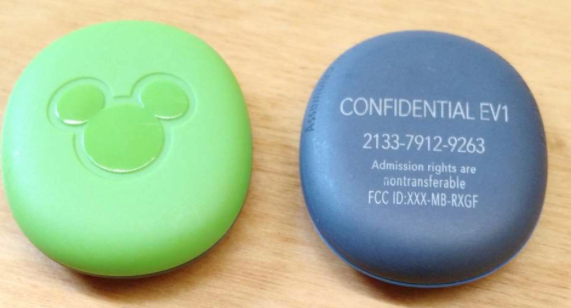 A post on the site MagicBand Collectors says a new type of MagicBands are being developed by Disney. Instead of having a one-piece band, there would be a puck-type of device that could be put into different straps. This would mean that guests would only have one MagicBand ID on their accounts, instead of getting a new one for every hotel stay. According to the article, having so many IDs on each account is slowing down the company’s servers.

Having interchangeable straps would be similar to how devices like FitBit work and would allow guests to more easily change their band to match their outfits or preferred design. The article does mention that these are currently being tested, but there is no official announcement on when (if) these will be released.