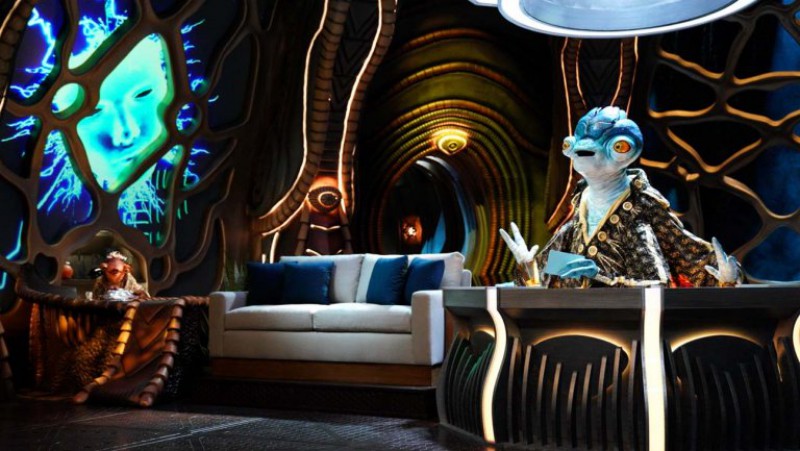 The Jim Henson Co. has created a new comedic half-hour series for Disney+ featuring a blue-skinned alien and his sidekick. Earth to Ned, has the title character hosting a talk show, along with his lieutenant Cornelius.

The story goes that Ned and Cornelius were sent to Earth as scouts, preparing for an eventual invasion. Instead, they grew obsessed with popular culture and now host the talk show from the bridge of their hidden spaceship.

Ned will interview real-life celebrity guests from around the world, learning as much as he can about human culture.

Jim Henson’s Creature Shop will bring Ned and Cornelius to life, along with other characters for the show like BETI, their artificial intelligence, and an army of CLODS (cloned living objects of destruction).

Disney has a long history of giving audiences a glimpse at faraway lands and bringing new talent into the spotlight. We believe Ned is next in line. We’re lucky to have the talents of the Jim Henson Co. and the folks at Marwar Junction Productions helping Ned, Cornelius, BETI and the Clods to execute and fully realize their vision. And I’d be remiss if I didn’t thank Ned for promising to entertain us, rather than destroy us all.

Disney+ launches November 12th, but there is no word yet on a premier date for Earth to Ned.