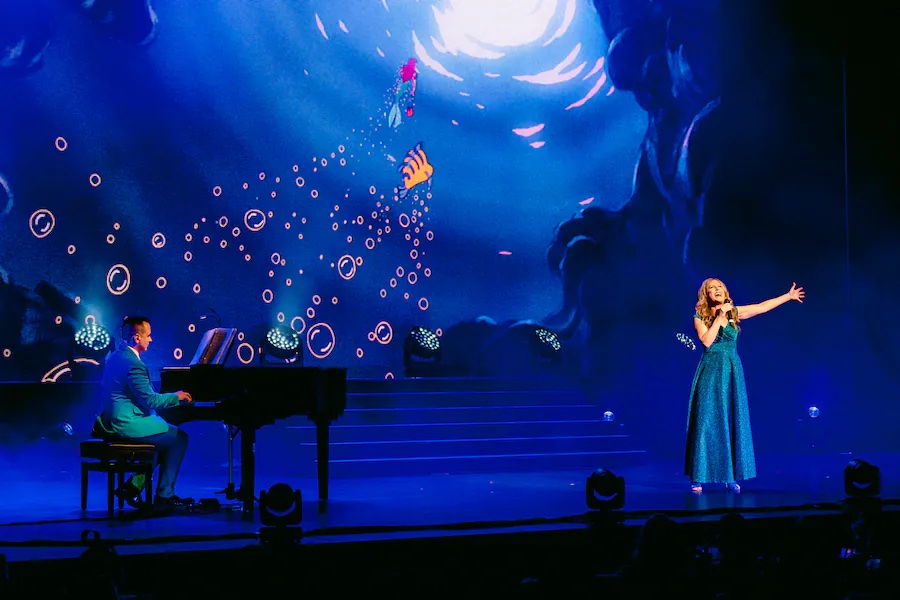 It’s been thirty-three years since Jodi Benson lent her spectacular voice to the character of Ariel in Disney’s iconic The Little Mermaid, and since then, Benson has worked hard to keep the spirit of her mermaid counterpart alive.

Recently, on a trip to the Walt Disney World Resort, the Disney Legend surprised one lucky audience with a surprise visit to perform Part of Your World at “Disney Princess – The Concert” during their appearance in Orlando, Florida, at the Dr. Phillips Center for the Performing Arts.

Benson’s appearance alongside the cast of the quartet coincides with the release of her new book “Part of My World: What I’ve Learned from ‘The Little Mermaid’ about Love, Faith, and Finding My Voice.”