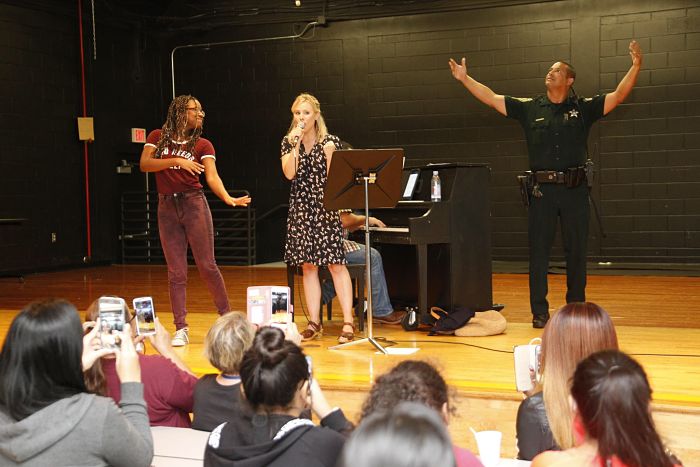 Kristen Bell, best known among Disney fans as the voice of Anna in the hit 2013 animated film Frozen was stuck in Orlando this weekend as Hurricane Irma hit central Florida. Instead of keeping a low profile she used this opportunity to donate her time, and do something good.

When #HurrcaneIrma is at your heels, there’s only one thing to do: get to a shelter, grab a mic and SING. #Irma2017 https://t.co/wQIVCqGnyl

Kristen Bell was found at an evacuation shelter near Walt Disney World where she performed ‘For The First Time In Forever’ and ‘Do You Wanna Build A Snowman? to stranded citizens preparing for the storm. After this performance, Bell wasn’t done. She then was found spending time with elderly guests at Walt Disney World Swan Resort where she hugged, sang with, and simply talked to many of the elderly guests who were stranded.

There are thousands of senior home evacuees in our hotel so…heres me dining with all my new friends! #Irma2017 #HurricaneIrma pic.twitter.com/JoEmAAT4cv

Bell was filming the 2018 film Like Father in Fort Lauderdale, Florida and evacuated to Orlando to get away from the worst of the storm.

Dear @daxshepard1, this is john. My side piece in orlando. I hope u understand. Im powerless over a man who serenades me. #Irma2017pic.twitter.com/YkT0MCDL7J