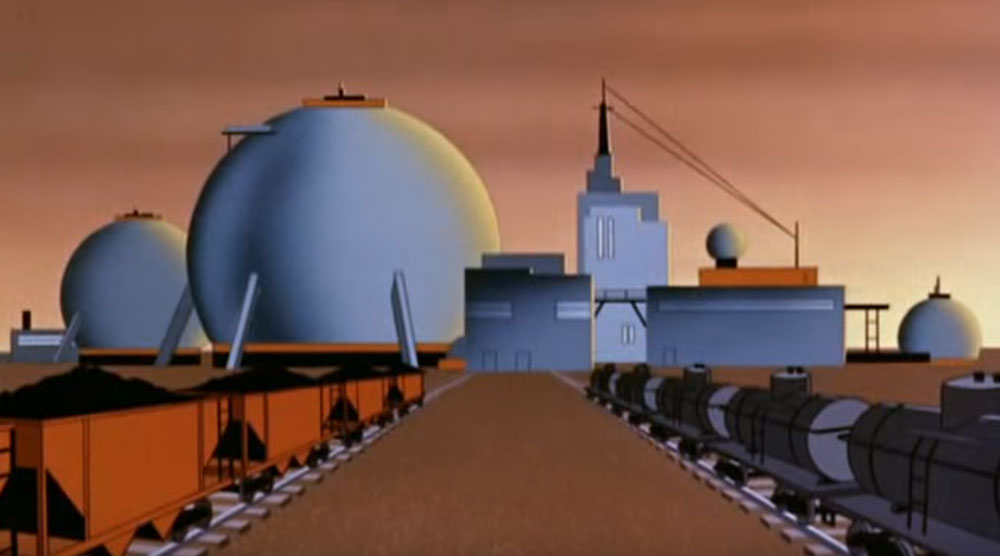 So here’s a fun fact that even a few die-hard Disney fans may not be aware of: For decades, the Reedy Creek Improvement District — the governing body of the Walt Disney World Resort — has had the legal ability to construct their own nuclear power plant.

Disney managed to negotiate the deal in 1967, long before renewable energy became the go-to trend; according to the Orlando Sentinel, this law is now under scrutiny in conjunction with legislation regarding the rights of Reedy Creek firefighters.

As is evidenced by this somewhat extraordinary law, Reedy Creek has a surprising amount of leeway when it comes to autonomy and independence. The district’s firefighters are currently taking issue with the pseudo-government’s odd arrangement, as they don’t have the ability to run for office or choose candidates for Reedy Creek’s governing board. According to Reedy Creek Firefighters Association president Tim Stromsnes, Disney picks the candidates themselves from among Disney landowners.

Where the debate over Disney’s odd nuclear capabilities come into the play has to do with a bill that may be introduced which “would grant more protections to firefighters who work for Reedy Creek…while also removing the company’s nuclear option.” While some legislators are looking to officially prohibit Disney’s legal nuclear capabilities, State Representative Bruce Antone believes that allowing Reedy Creek to keep the nuclear option could make it easier to pass a bill that would “make contract arbitration binding for Disney firefighters through the appointment of a special magistrate.”

According to Antone, an Orlando Democrat, “The question is do we take that option away from them? I doubt they’ll do that but maybe there’ll be a safer technology that comes out that deals with nuclear fission and power plants.”

It seems that few lawmakers expect Disney to ever actually act on the old law. Most of Reedy Creek’s, and therefor Walt Disney World’s, power comes from a plant partially fueled by natural gas and the company is currently constructing a large scale 50-megawatt solar farm as a source of renewable energy. The issue seems to be the scope of Reedy Creek’s power and autonomy in the state of Florida.

Senator Victor Torres, D-Kissimmee, wants Disney’s nuclear power plant rights removed, saying, “I don’t think Disney would ever do that, I don’t foresee that, but I just want to prevent anything like that from occurring — period.”

A natural question might be how The Walt Disney Company came about this power in the first place. When Disney was creating the deal that would lead them to build Walt Disney World in a patch of Florida swampland, they had a significant amount of leverage with the state of Florida. As part of the agreement, they worked out a unique situation where they would have a private government, Reedy Creek, with the authority to levy their own taxes, provide their own emergency services, build their own roads and infrastructure, and other essential government functions.

According to the Orlando Sentinel, it also gave Disney the ability “to look to the future for other items it could need someday — such as a nuclear power plant and an airport.”

Although they may have had the legal rights, there isn’t any known record of Disney ever legitimately considering nuclear power for the area.

Today, the rights provided by the 1967 law are much less cut-and-dry; the Nuclear Regulatory Commission now has oversight on where power plants can be built.

The law still serves as an example of the amount of power and control The Walt Disney Company has on Reedy Creek property, which translates to the unique way their government functions and the issue that Reedy Creek firefighters have brought up.

“The Reedy Creek board is not elected,” Torres pointed out. “There’s no voter accountability.”