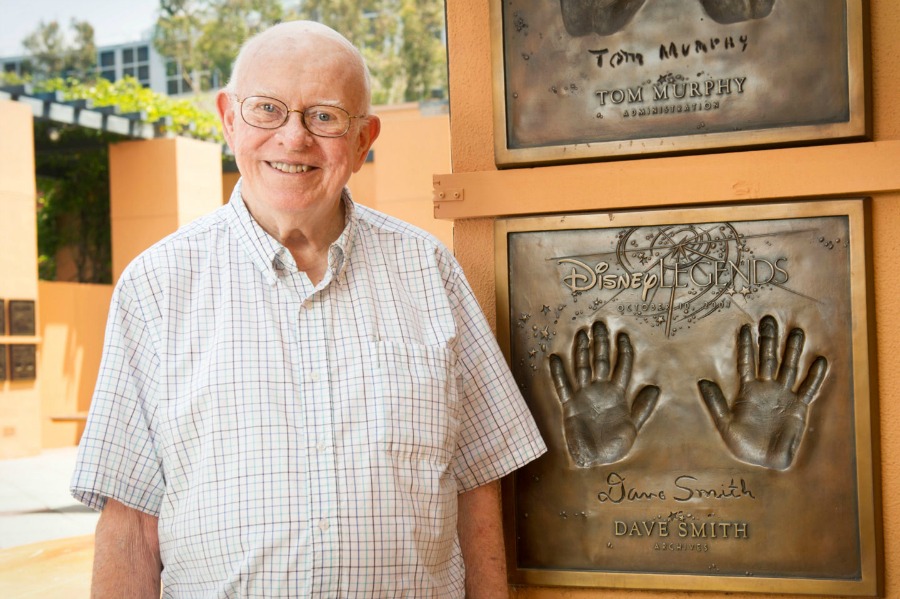 Dave Smith, founder of the Walt Disney Archives and Disney Legend, has sadly passed away.

Dave was hired in 1970 by Walt’s brother—and The Walt Disney Company co-founder—Roy O. Disney, and his first responsibility was cataloging every item inside Walt’s office suite, which had been left untouched after Walt’s passing four years prior. Thanks to Dave’s meticulously detailed notes and records, the Archives was able to restore the suite in 2015, and today Disney employees are able to visit and draw inspiration from this remarkable space. During his time as Disney’s Chief Archivist, Dave grew the Archives from a simple one-person department to a model among corpo­rate archives. He was regarded by fans and historians as the final authority on matters of Disney history and was an active member of the Society of California Archivists. He served from 1980 to 2001 as Executive Director of the Manuscript Society, an international association of collectors, dealers, librarians, archivists, and others interested in manuscript material.

Dave devoted four decades to The Walt Disney Company preserving Disney’s cherished treasures from film, television, theme parks, and beyond. Dave was admired by Disney fans around the world for his extensive knowledge of the Company’s rich history, which he shared in books and through his popular magazine column, Ask Dave.