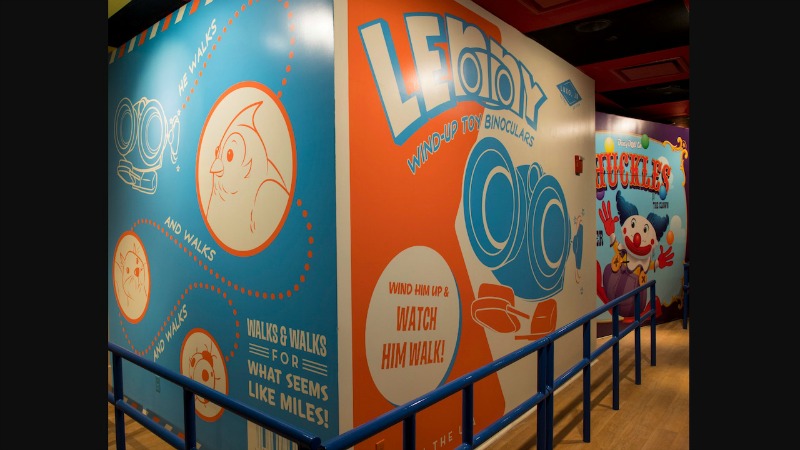 Lenny, Andy’s walking binoculars, and Chuckles the clown, who made his first on-screen appearance in Toy Story 3 have become the newest Toy Story characters to be depicted in Toy Story Mania! by way of the boxes they originally came in. These new details were unveiled as the attraction is going through a transformation for the opening of Toy Story Land on June 30. Once the new land opens, guests will get to walk through an all-new carnival game box entrance from Toy Story Land to experience the Toy Story Mania! attraction.