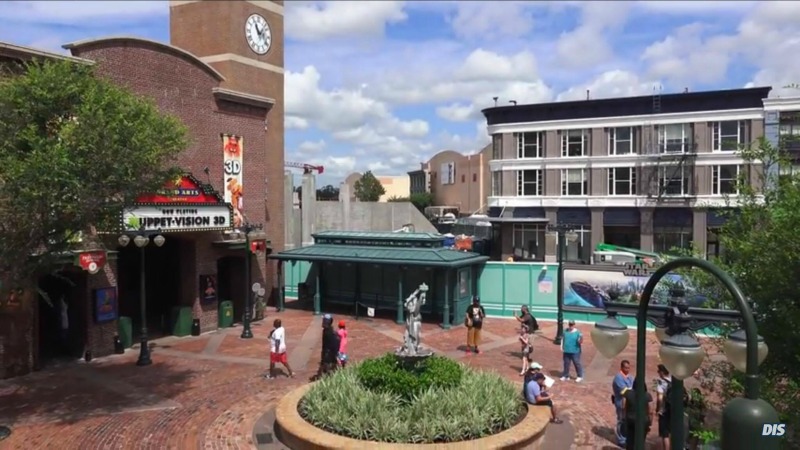 We’ve now learned that Muppets Courtyard and part of the old Streets of America is also being re-imagined and will become part of the new Grand Avenue. Disney shared that Grand Avenue was inspired by the “revitalization and the vibrant culture of present-day downtown Los Angeles” where vintage-style office buildings and warehouses will be converted to facades for “merchants” appearing in the form of a music shop, loft apartments, a tailor, and more, with each window that faces the street boasting a charming display.

Disney Parks Blog states that “the current Muppets Courtyard will become Grand Park, an urban square off Grand Avenue surrounded by shops and restaurants.” We’ve already seen some changes in the area; the Muppets theater was renamed “Grand Arts Theatre” and flaunts a new marquee.

Disney has assured us not to worry as Kermit, Miss Piggy, and the gang will continue to star in their witty “Muppet*Vision 3D” show.