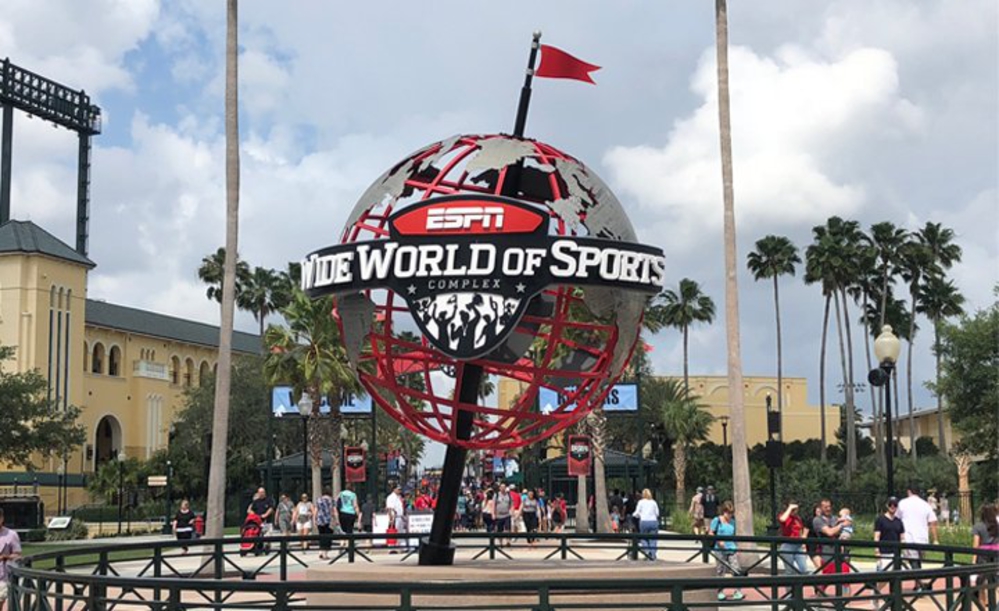 UPDATE 06/26/20: The NBA Players Association and the National Basketball Association has just officially confirmed plans to restart the 2019-2020 season at Walt Disney World. Games will begin being played on July 30th.

The plan to restart the season is being described as “comprehensive,” and “was developed in consultation with public health experts, infectious disease specialists and government officials.”

“We have worked together with the Players Association to establish a restart plan that prioritizes health and safety, preserves competitive fairness and provides a platform to address social justice issues,” said NBA Commissioner Adam Silver.  “We are grateful to our longtime collaborator Disney for its role in playing host and making this return to play possible, and we also thank the public health officials and infectious disease specialists who helped guide the creation of comprehensive medical protocols and protections.”

As previously reported, games will be held at ESPN’s Wide World of Sports Complex, will include 22 teams, and will be played without fans in the stands.

“We’re glad to be able to provide a unique venue where the NBA can resume its season at ESPN Wide World of Sports Complex,” said Josh D’Amaro, Chairman, Disney Parks, Experiences and Products.  “We look forward to welcoming the players, coaches and staff to Walt Disney World Resort as they prepare for the exciting return of professional basketball.”

UPDATE 06/05/20: According to ESPN sources, the National Basketball Players Association (NBPA) has approved the NBA’s plan to complete the 2019-2020 season in Orlando.

The league and the players are still working out the details, but the July 31st start date is still part of the plan.

The NBPA says that around 1,600 people will be in Orlando at any one time, with families able to visit after the first-round of playoffs. The NBPA also said that players and their families will NOT be visiting the theme parks.

A source has to ESPN’s Adrian Wojnarowski that, during today’s conference call with the board of governors for the National Basketball Association, the vote was passed to restart the 2019-2020 NBA season. The abbreviated season will take place on Walt Disney World property, with the games being played at ESPN Wide World of Sports Complex.

The season, according to reports, will resume on July 31st, with twenty-two teams being invited to participate in the season’s resumption arriving in Orlando on July 7th. Up to seven games could be played each day once the season restarts.

According to the proposed plan, players and coaches will be required to maintain social distancing, and players will be subject to daily testing for COVID-19. If a player tests positive for the coronavirus, he will be quarantined and treated as an individual.

The NBA season was suspended on March 11th, after Rudy Gobert of the Utah Jazz tested positive for COVID-19.