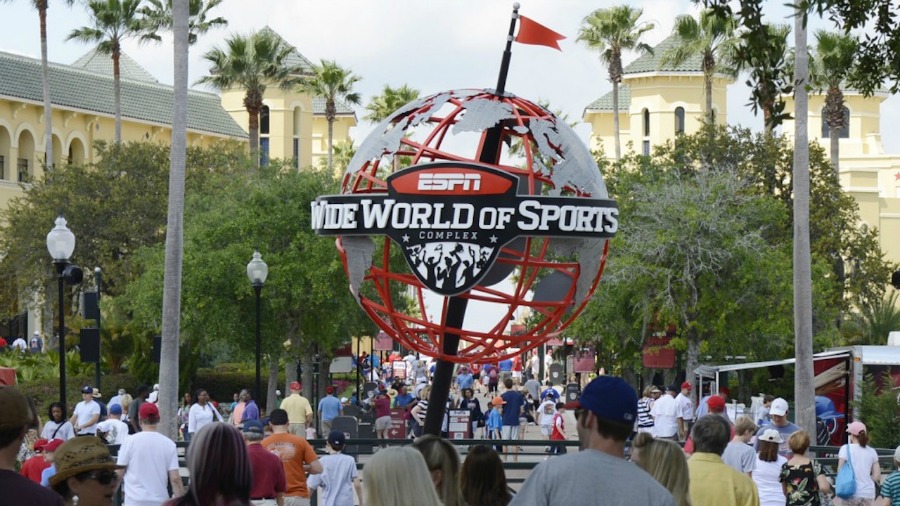 The NBA has issued a statement confirming that they are in discussions with Disney to finish up their interrupted basketball season at the ESPN Wide World of Sports Complex at the Walt Disney World Resort. The NBA suspended its current season on March 11th.

The 255-acre ESPN complex has multiple arenas that could host several games at the same time. In addition to games, the league could also use facilities around the resort for practices and housing.

Mike Bass, the Chief Communications Officer for the NBA, released the following statement over the weekend:

The NBA, in conjunction with the National Basketball Players Association, is engaged in exploratory conversations with The Walt Disney Company about restarting the 2019-20 NBA season in late July at Disney’s ESPN Wide World of Sports Complex in Florida as a single site for an NBA campus for games, practices and housing. Our priority continues to be the health and safety of all involved, and we are working with public health experts and government officials on a comprehensive set of guidelines to ensure that appropriate medical protocols and protections are in place.

Over the last few weeks, the NBA has been working on several plans that would let games resumes, all of which would included testing for COVID-19. Since May 8th, the league has allowed groups of four players or less to return for voluntary workout sessions. The league is also looking at a plan to loosen those restrictions.

If play resumed in July, as is the hope, teams would likely return for practice games in early July.