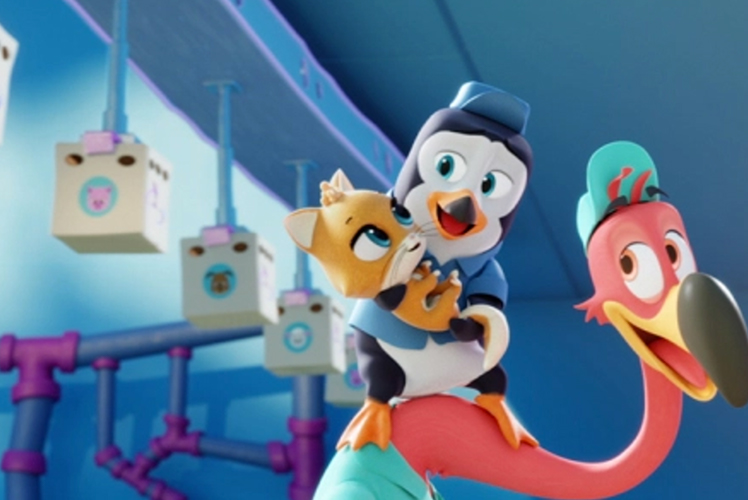 Coming to Disney Junior in 2019 is the brand new animated series titled T.O.T.S. The show is a comedy that follows Pip the penguin and Freddy the flamingo as they train to become the only non-stork delivery birds at the Tiny Ones Transfer Service. The target demographic of the show is children ages 2-7. During each episode, Pip and Freddy learn how to take care of baby animals and how to solve problems by using creative thinking skills.

“Travis has created an imaginative and funny series that features all of the heart and relatable stories that Disney Junior is known for, while also encouraging young viewers to follow their high-flying dreams and recognize that, through teamwork and persistence, anything is possible.”