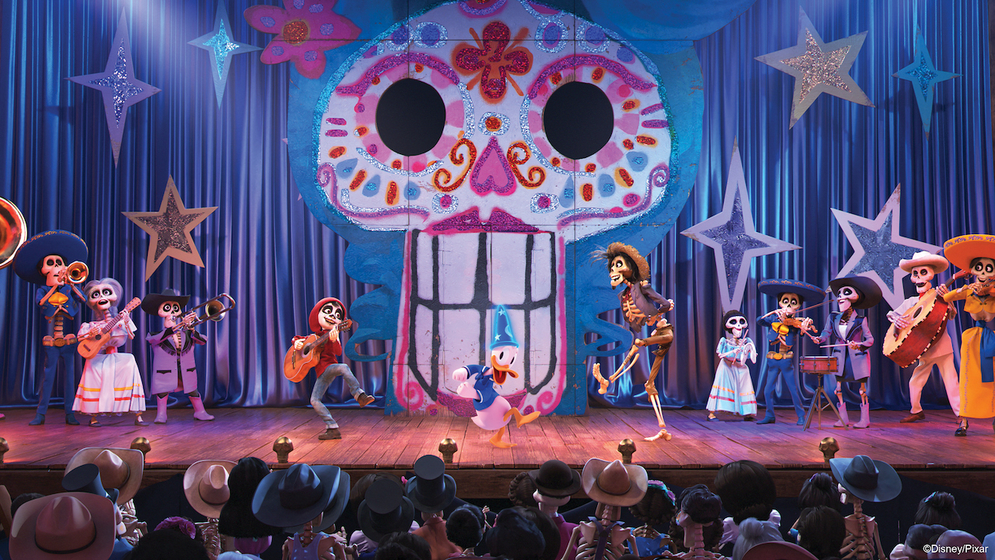 UPDATE: Disney has announced that the new Coco-inspired scene will debut as part of Walt Disney World’s Mickey’s PhilharMagic on November 12th.

It has also been announced this week that the attraction will be undergoing a refurbishment from October 11th through November 11th as the attraction receives a new digital projection system. If you’re headed to the Magic Kingdom during that timeframe, you’ll be unable to access the attraction.

Announced today, the Magic Kingdom attraction will receive a Coco-themed scene in which the film’s characters sing “Un Poco Loco.” The scene will be added at Disney World later this year, and will debut at Disneyland and Disneyland Paris on Saturday, July 17th.

The film’s fun, upbeat music and characters combined with the humor of Donald Duck marks the first time Disney and Pixar animators have worked on a creative endeavor where characters from both animation studios will be seen together on screen.  ~Disney Parks Blog

The new scene has been scored by one of Coco‘s original composers, Germaine Franco.