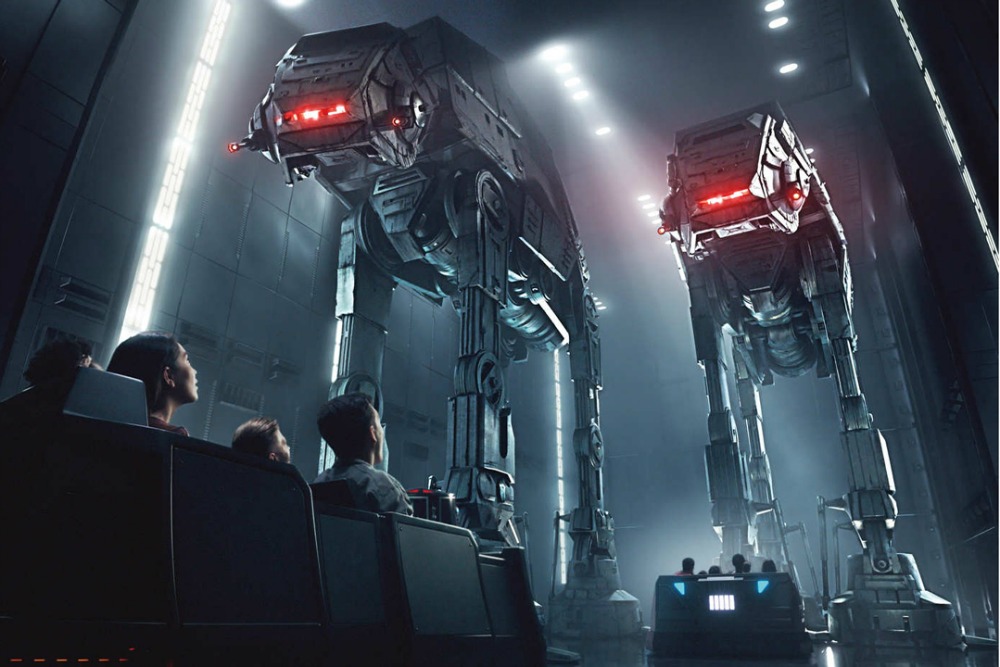 The upcoming Rise of the Resistance attraction is the most ambitious attraction that Disney, or possibly even anyone, has ever built. Everything we’ve ever known that makes Star Wars Star Wars is all in this one experience that opens at Disney’s Hollywood Studios on December 5, 2019.

The Resistance is a ragtag crew looking for recruits (YOU!) as their backs are up against the wall and the First Order is closing in.

The first ride vehicle is called the troop transport on which guests will begin their journey. On the way to rendezvous with the Resistance, riders are captured by the First Order. 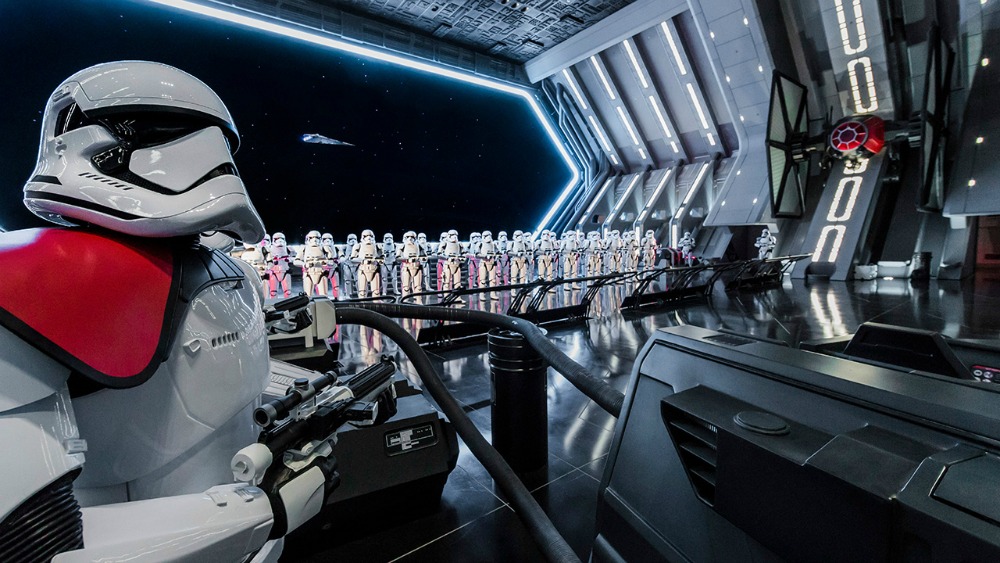 The r5 units, as it turns out, are terrible with direction and at transporting potential recruits through the base as they continue making wrong turns. The troop transport will blast riders off from Batuu into space.

Eventually, you make it to the bottom of the ship to get off just before Kylo and First Order get to you.

The attraction runs on a trackless ride transport through the Star Destroyer with the r5 unit. The trackless ride vehicle will pull into the escape pod which is a motion-based kind of experience similar to Star Tours where guests are in front of a massive screen. The motion simulator allows for a controlled drop jettison for an epic ending to the experience.

As the ship is getting ready to head home, it does what’s probably a physical 10-20 foot drop down out of the mother ship before it starts flying home.

Rise of the Resistance will begin welcoming guests on December 5, 2019, at Walt Disney World and on January 17, 2020, at Disneyland.