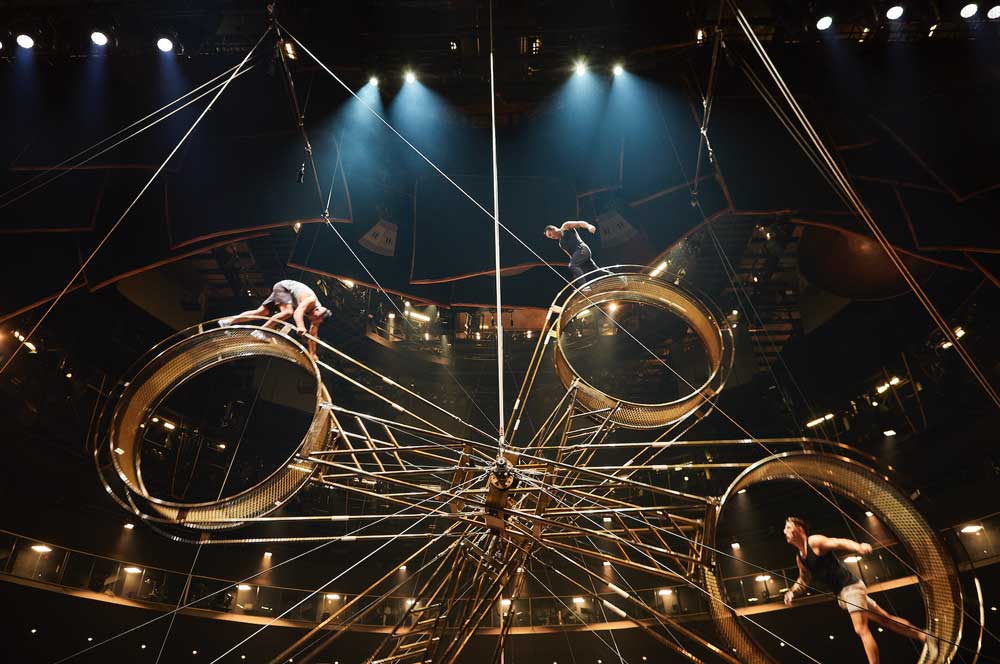 When the first-of-its-kind creative collaboration between iconic memory-makers Cirque du Soleil and Disney premieres on November 18th, Drawn to Life will feature 10 distinct acrobatic performances. After previously unveiling a few of the acts that would be featured in this love letter to the art of Disney Animation, today Cirque du Soleil and Disney revealed two more of the amazing acrobatic performances set to amaze audiences upon the show’s debut: “Garden of Lines” unicycle and “The Old Mill” double wheel acts.

Drawn to Life, written and directed by Michel Laprise with Fabrice Becker as Director of Creation, is a live acrobatic journey telling the story of Julie, a determined girl who discovers an unexpected gift left by her Disney Animator father: an unfinished animation. As she dives into the inner world of animation guided by a surprising pencil, Julie embarks on an inspiring quest filled with her childhood Disney memories. Developed in partnership with Michael Jung, Executive Theatrical Development, Walt Disney Imagineering along with Walt Disney Animation Studios, the story is driven by 10 unique acrobatic acts alongside animation from beloved Disney films. In addition, the show features all-new animation created by Disney artists led by Animation Director Eric Goldberg, best known for characters such as the Genie in the Disney Animation classic Aladdin.

Tickets are on sale now for the show which premieres on November 18, 2021.