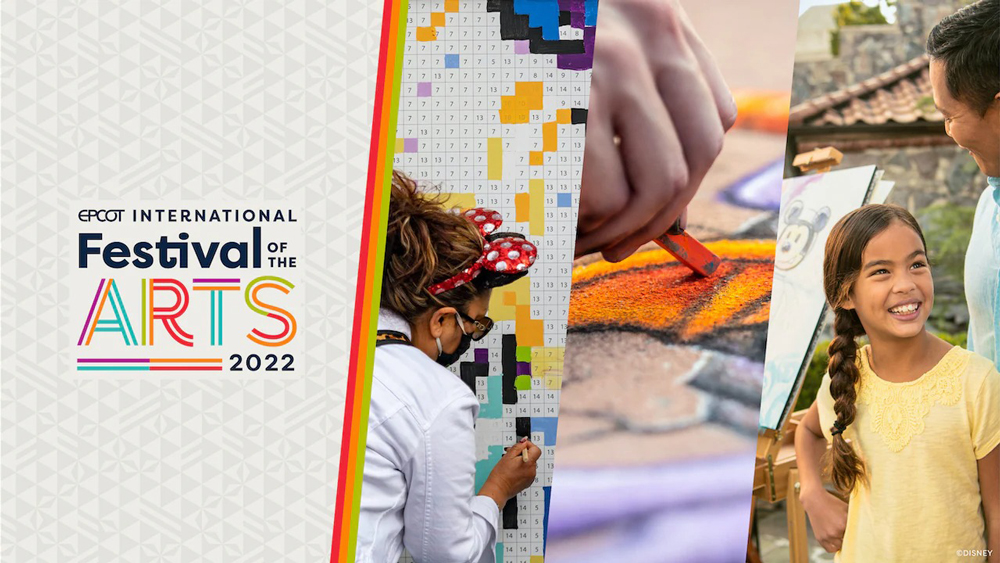 Back in October, we learned that the ever-popular EPCOT International Festival of the Arts will be returning from January 14 through February 21, 2022.

The festival will feature more than 100 Disney and visiting artists showcasing their works throughout EPCOT. Guests will be able to see artists at work from the Disney Artist Gallery and the WonderGround Gallery, accompanied by pieces from ACME Archives, Thomas Kinkade Studios, Wyland Galleries, and POP Gallery.

Two new Food Studios were just announced: Deco Delights and The Craftman’s Courtyard will both debut at the festival and will feature artfully presented cuisine and beverages. The full lineup of Food Studios can be found by visiting the link above.

The Disney Parks Blog says that the complete Foodie Guide will be released in “early 2022.”

As we previously reported, the DISNEY ON BROADWAY Concert Series will be returning as well. Follow this link to see the scheduled Broadway stars and more performing arts information. Information on Dining Packages will be coming on December 14th, so stay tuned!