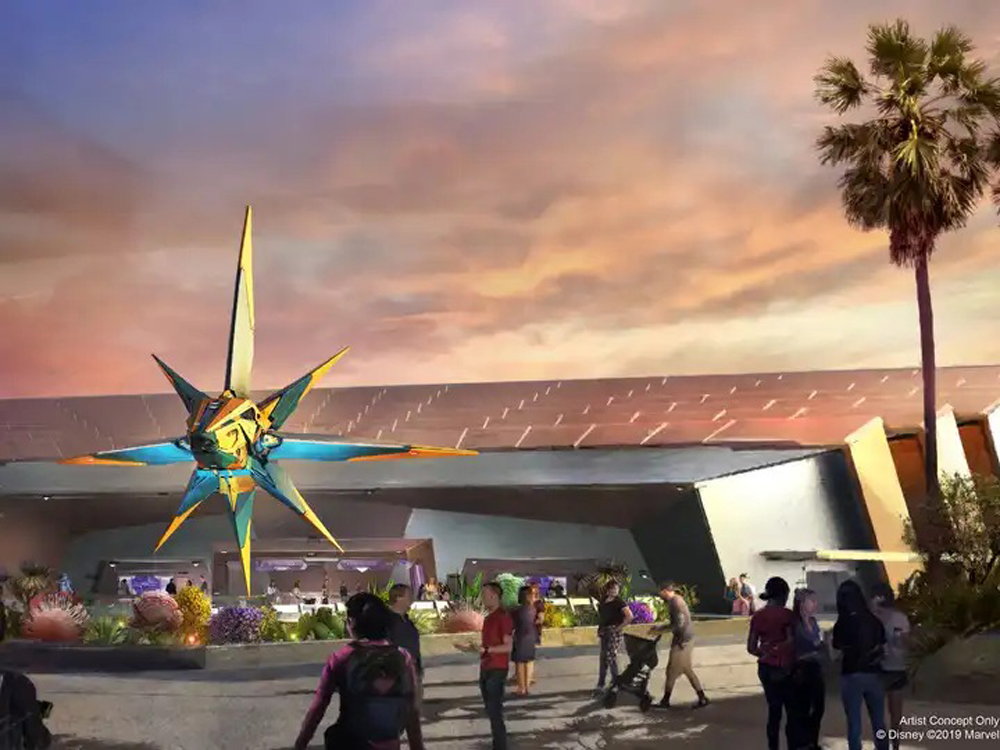 In an exclusive interview with Entertainment Weekly, senior Disney Imagineer Wyatt Winter has shared some new details about the Guardians of the Galaxy: Cosmic Rewind attraction that is set to open in the summer of 2022 at EPCOT.

We’ve already learned that Guardians of the Galaxy: Cosmic Rewind will be one of the longest fully enclosed coasters in the world, housed in one of the largest show buildings ever constructed for a Disney theme park. We also know that the roller coaster will have a backward launch and has “revolutionary vehicles that rotate — in a controlled turn versus free-spinning motion — toward the action Imagineers want you to see, while the coaster track travels in another direction.”

In their article, EW also shared that the attraction will be “complete with digital media and the James Gunn-directed series’ signature soundtrack of pop-rock hits.” When their article was originally published, there was mention of animatronics being present which has since been removed, so until we see that information confirmed by Disney, we’ll just remain excited about Glenn Close reprising her role as Nova Prime.

Winter shared that there will be Easter Eggs in the attraction that will be fun for both fans of the films and of Disney plus a bit of the narrative for the attraction and how it is inspired by the planet Xandar from the Guardians films:

The idea here is the planet of Xandar has come to earth, or ‘Terra,’ as they call it, they’re here to set up the first Other-World Showcase Pavilion.

They wanted to come to Earth and reach out and talk about their people, technology, and culture. We’ve done that at Epcot for years where we’ve had other countries come and show their cultures. As you come in, we’re invited to start to learn about the similarities and how we’re all connected. They want to learn as much about us as teaching all of us on earth about Xandar.

Will you ride this attraction? I’m not sure if I’ll be able to stomach the backward launch, but EW says the attraction’s “overall thrill factor lies somewhere between that of Big Thunder Mountain Railroad and the Rock ‘n’ Roller Coaster” so, we’ll have to wait and see.