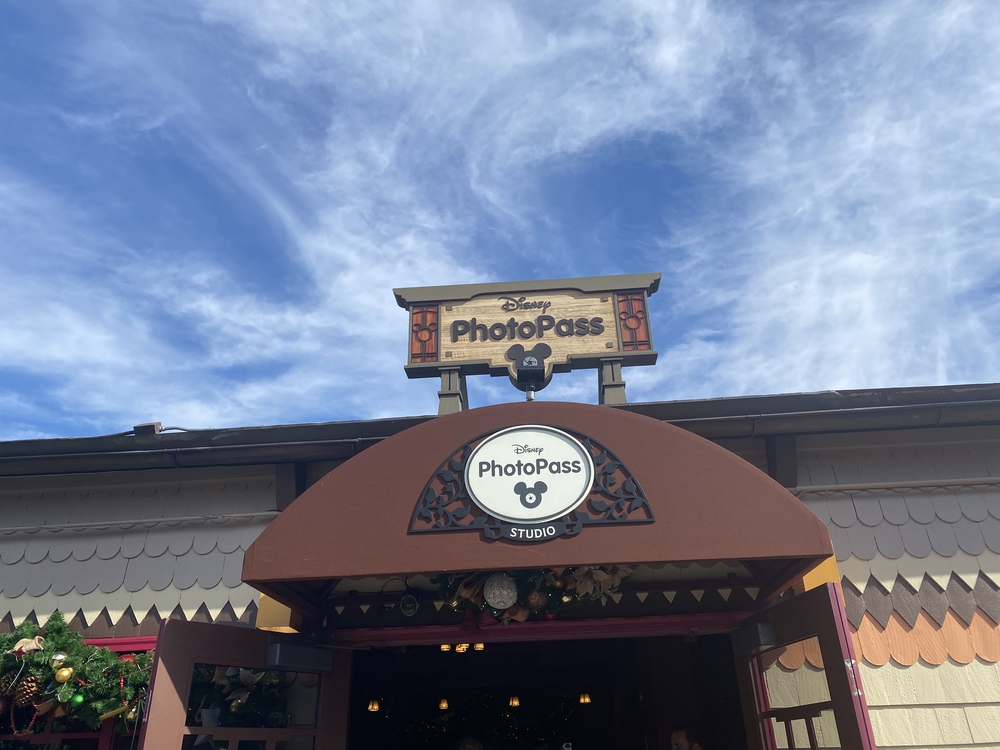 There is so much to do during the holidays around the parks, like eating special snacks or seeing Santa. Another activity happening this holiday season is that PhotoPass is offering a variety of fun Magic Shots to get you and your family into the holiday spirit. The PhotoPass Magic Shots can be found at all four parks, and they range from being in a snow globe to being part of an ornament on a Christmas tree. PhotoPass has a photo studio at Disney Springs, and I have used this studio a few times throughout the years. The PhotoPass Studio has so many fun backgrounds, including fun virtual backdrops that transport you to different locations for the holidays. I ventured out to try some of these various Magic Shots; this is how it went.

The PhotoPass Studio is open from 12 pm to 8 pm behind Ghiradelli. The cast members inside will direct you through the line and instruct that each guest has their ticket media available to be scanned. At this location, they have four different holiday backdrops. The PhotoPass photographers were kind and helped me with the interactive poses that match each backdrop scene. This was such a fun experience, and I think this is a great way to capture memories or create a photo for Christmas cards. Something to note is that it is an indoor location, so masks are required. The four different backdrops they have are a scene in front of Santa’s Workshop, a snowy scene from Frozen, a snowy night in front of Cinderella Castle, and a setting where you place an ornament on a tree.

In the parks, it’s a bit different. I took a trip out to Epcot to see which holiday Magic Shots they had. Each PhotoPass cast member I came into contact with, which was about four, told me they would try to get all the Magic Shots; it just depends on the tripod and the technology they have. The cast members were so kind to try to help me get all of the Magic Shots. As of right now, it is the morning after my Epcot trip, and I only have one Magic Shot waiting for me in the app. I am not upset or bothered about not getting all of them because they did say that they can’t guarantee that I would. The cast members explained that it makes it hard to edit the Magic Shots when using the tripod because sometimes the angle the camera is at can affect the process. The picture that I did get is so cute. The Magic Shot I got was one where Dale is on my shoulder, and I’m holding Chip in my hands. To make it even more adorable, they are in holiday outfits.

Another excellent photo option is taking a picture with the Christmas tree at the park. The Christmas trees at Walt Disney World are massive and gorgeous. My advice is to be patient with your Magic Shot photos because they can take a bit to come in. There have been times where it has taken me about 24 hours to get the Magic Shot photo. Any other picture is generally in the PhotoPass section of the My Disney Experience app within minutes.

As I mentioned earlier, just be kind and ask each PhotoPass cast member if they could try to get all the Magic Shots. The following day, you will see which ones they were able to capture at that location. PhotoPass offers Magic Shots throughout the year, and some are park-specific or season-specific, but this is something that could become a fun family tradition.

What PhotoPass Magic Shot is your favorite? Let us know in the comments below!