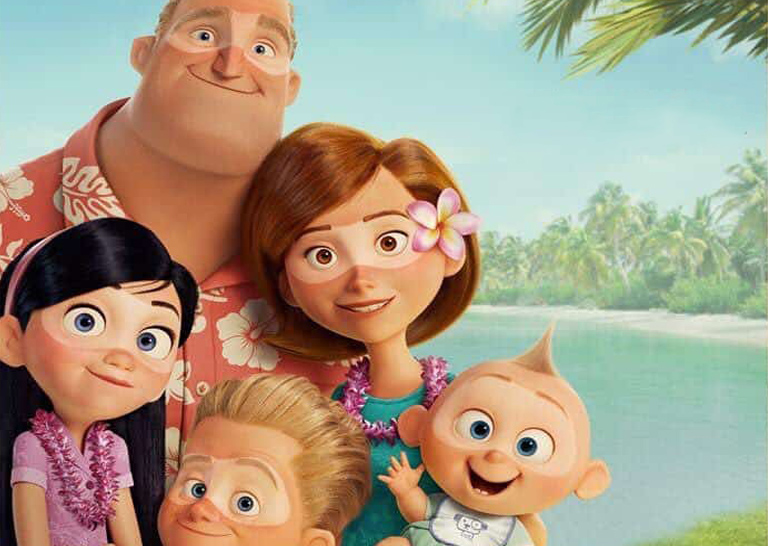 The Parr family will be back in theaters on June 15, 2018, with the highly-anticipated Disney•Pixar film Incredibles 2. The marketing team behind the film has done a great job to ramp up the excitement through teaser trailers and movie posters. Disney•Pixar recently released a new poster for the film, which features the Parrs on a tropical vacation. The somewhat subtle nod to the Parr family’s superhero abilities is the lack of suntan where their superhero masks fit over their eyes.